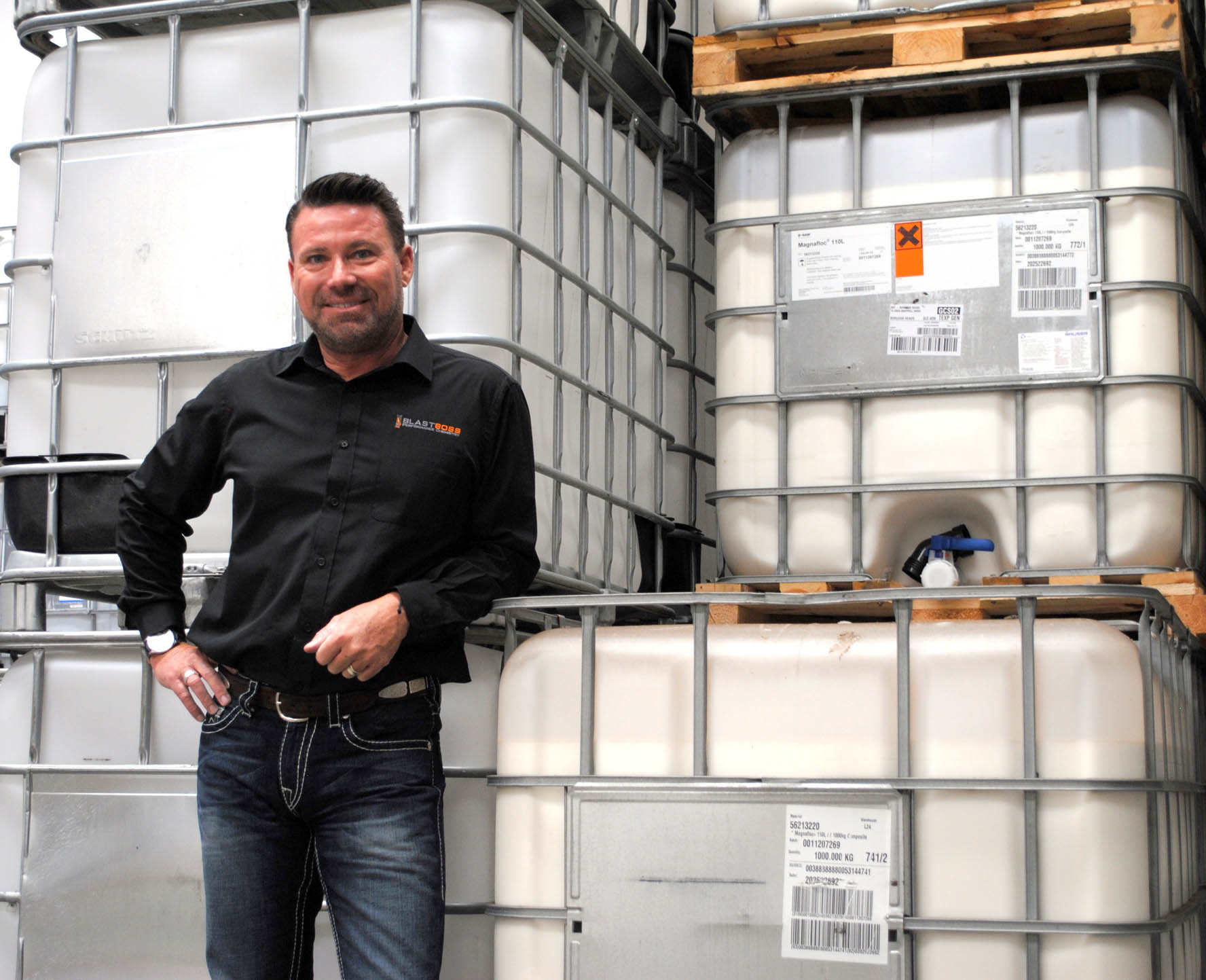 Developed in a three year program, including months of intensive testing, Dryshot is a blended powder product used as a multi-purpose barrier to instantly seal off explosives from problematic water and mud in standard blast holes and stop stemming dilution into explosives in large diameter holes.

On detonation, the Dryshot capped toe water attenuates and increases the duration of the blast pressure to achieve higher energy delivery and extended and greatly increased rock fracturing while using much less explosive.

Dryshot requires no pumping, which speeds up the blast hole loading process and increases optimisation, it is delivered as an easy-to-use dry powder that can be used with all explosive products and applied as part of standard loading procedures.

“I continuously saw the ongoing blasting challenges faced by the mining, quarrying and civil engineering industries throughout my 30-plus years as a director of a leading global fine particle management company,” he said.

“Traditional blasting methods can cause increased costs in production, processing and transportation and adverse environmental effects including exposure to dangerous fumes and excessive dust, noise and vibration.

“I saw the need to completely change the current blasting processes and worked with leading chemists, physicists and engineers to invent the Dryshot technology.

“Dryshot can reduce the amount of explosives required in blast holes by up to 35% and in some cases more, using contained and controlled hydraulic energy to redirect and intensify the blast wave forces generated by ammonium nitrate explosives, delivering better rock breaking results.

“Containing and controlling water in the blast hole leads to lower powder factor, lower MIC and less fume, while maintaining or even improving fragmentation.

“This effect is the reason why the reduction in the powder factor shows no reduction in fragmentation quality or increased toe when applied correctly.

“When using ammonium nitrate/fuel oil (ANFO) the most important aspect of the Dryshot product is detonating the ANFO in its intact forms, with no water contamination, to maximise the explosion.

“Dryshot has the potential to transform the global and Australian blasting industries by providing an innovative, effective and efficient blasting solution that reduces costs, increases productivity and safety, and protects the environment, and we are really excited to introduce it to the market,” he said.