A STEINERT XSS T sorting machine has proven highly efficient at sorting out coarse gold-bearing rock particles from the Karratha Gold Project in Western Australia. The project is owned by Novo Resource Corp, which says it considers the STEINERT machine as being potentially viable for future processing applications. 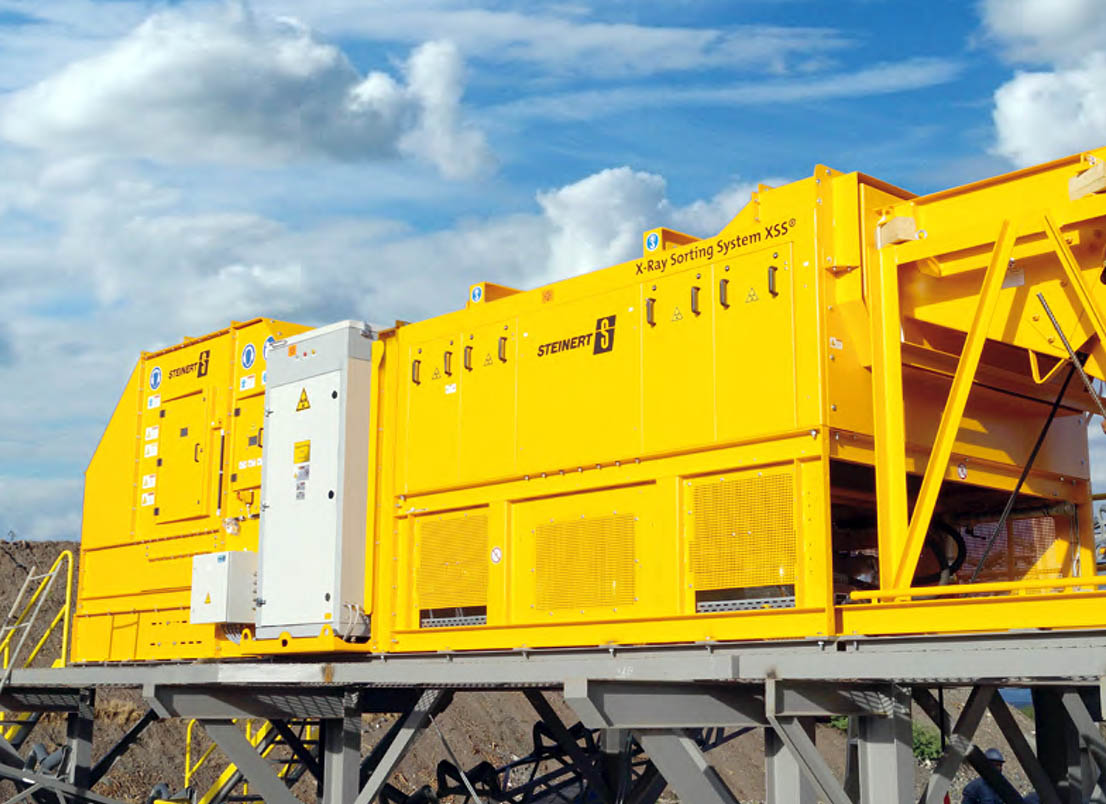 The XSS T was used during testing of a bulk sample of gold-bearing conglomerate collected from a trench at the Purdy’s Reward prospect, which is covered by an earn-in/joint venture agreement between Novo and Artemis Resources, and is part of Novo’s greater Karratha project.

This sample originates from the uppermost horizon of an 11-metre thick sequence of mineralised conglomerate beds.

Purdy's Reward is part of an 8km trend that has recently been identified as highly prospective for conglomerate-hosted gold mineralisation considered analogous to the Witwatersrand in South Africa.

Given the extremely coarse nature of gold found in conglomerates at the Karratha project, Novo collected a trial bulk sample from Purdy’s Reward to help establish sampling and assay protocols. Mineralised conglomerate was collected from a 2x2 metre exposure of bedrock at the bottom of a half-metre deep trench. The sample was split into duplicate sub-samples and was shipped to Nagrom Metallurgical Laboratory in Perth, WA.

Each sample was crushed to -6 cm (P100) and dry screened at 2mm. The coarse fractions were fed through a Steinert XSS T machine that utilises X-Ray imaging and an induction coil (metal detector) to identify and separate particles of rock containing coarse metallic gold particles.

The -2mm fractions were assayed by screen fire assay. The concentrate from this process is referred to as ‘Sorted Concentrate’. Rock fragments without identifiable coarse gold particles constitute the ‘Sorted Tailings’.

The Coarse Gold and Fine Gold Concentrate were combined and acid washed, and its gold content was determined using specific gravity methodology. The hand panned middling and tailings were analysed by screen fire assay.

The STEINERT XSS T proved highly efficient at sorting out coarse gold-bearing rock particles. Although the Sorted Concentrate represents only 2% of the overall sample weight, it contains about 82.6% of gold. Because this machine proved practical and efficient, Novo sees it as a means of assisting determination of grade of this very unusual mineralisation. Given this machine can operate at about 48 tonnes per hour, Novo also considers it potentially viable for future processing applications.

“We are very pleased with results from our initial bulk sampling exercise,” said Novo’s chairman, president and director Dr Quinton Hennigh. “Not only was the grade of this bulk sample encouraging, the STEINERT XSS T sorting machine proved highly efficient at picking rock with coarse gold particles.

“We see value in its use for helping determine grade of this very unusual mineralisation as well as potential use for future commercial applications.

“We look forward to working with Nagrom over the next few weeks to develop sampling and analytic protocols applicable to our upcoming trenching and drilling program.”