In gold we trust: the safe haven commodity returns


As investors grow increasingly concerned that the ongoing US-China slinging match over trade tensions, as well as Washington’s threat of tariffs on Mexico could negatively affect the global economy, gold prices hit an all-time high in Australia in June, breaking the AU$1,900 per ounce mark in the Australian currency for the first time ever. 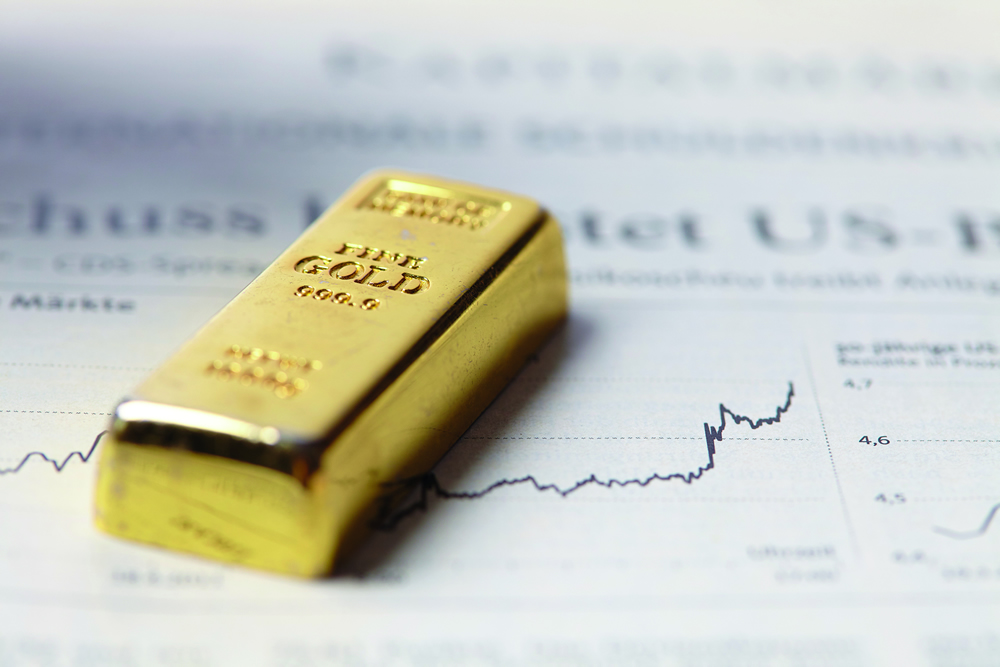 Historically, gold prices tend to spike largely as a response to geopolitical tensions and uncertainty, being perceived as a safe haven to ease the effects of global turmoil.

The situation between the US and China took a turn for the worse when the two power countries clashed in May 2019 at the Shangri-La Dialogue in Singapore over security disputes surrounding Taiwan and the South China Sea.

Industry experts have also noted that gold stepped back into the spotlight at the start of June 2019, when US President Donald Trump first revealed his plans for tariffs on Mexico.

In fact, 31 May 2019 was the first time the yellow metal surpassed the psychological US$1,300 level since April, staying roughly US$20 behind it during that time.

Much of this growth came from India, where wedding-related demand was boosted by a timely correction in the local gold price

Demand in the US increased for the ninth consecutive quarter, gaining 1 per cent to 24t – the highest Q1 total since 2009.

Meanwhile, Chinese demand fell 2 per cent y-o-y to 184.1t as the slowing economy and international trade frictions affected consumer sentiment during the quarter.

The smaller markets in the Asian region were a mixed bag in Q1. Performance ranged across the spectrum from weak (South Korea and Singapore), to stable/firm (Malaysia, Japan and Thailand) and strong (Vietnam and Indonesia).

Weakness was most pronounced in South Korea where demand fell 19 per cent to 5.0t, the lowest Q1 since 2009. The market was undermined by its exposure to the global trade cycle and the US/China trade dispute. Total Q1 exports declined for the first time in more than two years, with unemployment consequently rising to a nine-year high.

The Q1 picture in Vietnam was contrastingly positive: jewellery demand grew 6 per cent y-o-y to 5.4t, the strongest quarter for jewellery demand since Q1 2011. A healthy and sustained rate of economic growth has had a positive income effect, supporting jewellery demand during the Vietnamese New Year (Tet holiday) – a traditional gold-buying occasion.

Gold-backed ETFs saw a strong start to the year, with 40.3t of global inflows during Q1.

In value terms, those inflows were equivalent to US$1.9bn. But flows during the quarter were not just one way – there were notable monthly variations: chunky inflows in January (+71.4t) were partially offset by February outflows (-32.9t), while March was broadly neutral (+1.8t).

At a regional level, products listed in the US and Europe both had decent inflows – of 26.4t and 20t respectively – while AUM in funds listed in Asia and other regions declined slightly (-6.1t).

US-listed funds grew by 2 per cent during Q1. Investors added 26.4t to their holdings of North American-listed funds, equal to US$1.1bn of inflows. But investment flows were not consistent throughout the quarter. Strong January inflows (+53t) were supported by the US government shutdown, an escalation in US/China tensions after the White House cancelled a planned trade discussion, and growing doubts over the health of the US economy.

February saw much of those flows reversed as the more tactical investors took profit on their holdings. Despite US stock markets generating their strongest quarterly returns in ten years, investor sentiment in Q1 was underpinned by the shifting stance of the Federal Reserve, which adopted a more neutral monetary policy approach. The concurrent shift in market expectations – from a predicted scenario of US rate rises to one in which rates stay unchanged over the remainder of this year – supported demand for gold-backed ETFs.6 And this more dovish outlook should underpin regional demand for the rest of 2019, although continued strength in the stock market would be a headwind. AUM in European-listed ETFs remains near all-time highs. As the euro gold price surged to an 18-month high in the early weeks of the year, investment flowed in to regional gold-backed ETFs (+20.1t). AUM in these products hit record levels, breaching 1,200t. Since the January influx, investment has been steady; marginal February outflows were fully reversed in March.

Geopolitics remains a key driver of investment in the region, with investors prizing gold’s safe haven status amid the background of low/negative yields, financial market volatility and geopolitical worries.

The forthcoming European parliamentary elections and the possibility that right-wing, populist parties will gain more of a foothold in the region, are a looming concern. As are Italy’s burgeoning budget deficit and the ongoing Brexit saga. The latter helps to explain why holdings in UK-listed funds remained near all-time highs in Q1.

Asian-listed funds lost 4.9t, much of which came from China. Continued rotation out of Bosera’s funds meant a decline of 2.1t in the holdings of those two products. And the Huaan Yifu Gold fund lost 2.9t as investors fixed their attention on the rallying domestic stock market.

Bar and coin demand totalled 257.8t in Q1 2019, down 1.4 per cent compared to the same period last year. This was largely due to a drop in Chinese demand and net disinvestment in Japan, which pushed global bar demand down 5 per cent y-o-y. Official coin demand, however, had its best start since 2014, rising 12 per cent y-o-y to reach 56.1t. Iran, Turkey, South Africa, the UK and US accounted for most of this growth.

Net buying by central banks reached 145.5t in Q1, 68 per cent higher y-o-y. This is the highest volume of Q1 net purchases since 2013 (179.1t), comfortably exceeding the five-year quarterly average of 129.2t. On a rolling four-quarter basis, demand reached a record high for our data series of 715.7t.

The factors that drove central bank net purchases to a 50-year high in 2018 remained relevant at the start of 2019. Economic uncertainty caused by trade tensions, sluggish growth and a low/negative interest rate environment continued to weigh heavy on reserve managers’ minds. And geopolitics still cause consternation. In the face of these challenges, central banks continued to accumulate gold.

Russia was again the largest buyer, adding 55.3t in Q1. This brought gold reserves to 2,168.3t (19 per cent of total reserves). Russia bought 274.3t in 2018 – the fourth consecutive year of +200t increases – while drastically reducing its US Treasury holdings, as part of its ‘de-dollarisation’ drive. Shortly after the end of Q1, Sergey Shvetsov, deputy head of the central bank, stated that it is necessary to “increase forex and gold reserves even more” in the face of “persisting sanction risks.”

Q1 saw country-level sales total 11.3t. This is the highest level of sales seen for some time and was primarily from three banks: Uzbekistan, which began reporting its gold reserves in March, sold 6.2t in Q1, while Mongolia (-3.4t) and Tajikistan (-1t) were the only other banks whose reserves declined by at least one tonne.

Q1 2019 saw further falls in technology demand, chiefly due to a weakened electronics sector across the automotive, consumer and lighting sectors. Other technology applications registered a small increase in demand, but dental demand continued its decline with an 11 per cent y-o-y fall.

Gold used in electronics fell 4 per cent to 62.9t during Q1, a consequence of a sector-wide slowdown.

The LED sector suffered another weak quarter, with gold used in these applications 5-8 per cent lower y-o-y. Ongoing US-China trade friction continued to weigh heavily: more than 30 lighting applications are now subject to additional duties and this has led to some production shifting out of China. In the longer-term, gold demand within the LED sector is expected to come under further pressure as micro-LED packages begin to replace mini LEDs, leading to lower gold bonding wire demand.

Total supply was largely unchanged in Q1: modest growth in mine production and recycling were offset by a decline in net hedging.

In Q1, mine production grew marginally to 852.4t (+1 per cent y-o-y), the highest level of Q1 output on record. Given the seasonality in gold production – where output in the first quarter is typically the weakest – this represents a strong start to the year.

The continued ramp-up of significant projects in key gold mining jurisdictions supported growth in Q1. In Canada, the fifth-largest producing nation in 2018, the continued ramp-up in production at Brucejack, Rainy River and Moose River, as well Meliadine coming online, boosted output by 9 per cent y-o-y.

But some producing nations saw notable declines. In China, the impact of stringent environmental regulations was more muted: national gold production fell 2 per cent y-o-y in Q1, compared with y-o-y declines of up to 8 per cent since 2016. Most of the major mining companies within the country are now compliant with the regulations after a tough adjustment period.

Argentinian gold output fell by 7 per cent y-o-y in Q1, due to a combination of lower production at Veladero and the shutdown of Alumbrera.

The largest Q1 y-o-y decline was in Indonesia, where production slumped 45 per cent. This was primarily due to the exhaustion of higher-grade ore from the final phase of the Grasberg open pit, and not entirely unexpected as Grasberg transitions to underground operations.

Artisanal and small-scale mining (ASM) has become a larger part of annual mine production. Given the nature of ASM activity, reliable data are extremely difficult to come by. There are several estimates regarding the scale of ASM, with most suggesting now accounts for somewhere between 15 per cent and 20 per cent of global annual gold mine production. This growth has been prompted by a few key factors: higher gold prices, population growth, the lack of economic opportunity and the spread of mining expertise have boosted ASM output, most prominently in Africa.

This lack of reliable data, however, not only increases the chances that estimates can be inaccurate, but also heightens the need to constantly review the quality of the data on hand.