VEDANTA’S Hindustan Zinc Ltd, which is one of the world’s largest integrated producers of zinc-lead, recently received high-fidelity training simulators from ThoroughTec Simulation. Their Rampura Agucha operation in Rajasthan, India, took delivery of three fourth-generation CYBERMINE simulators to assist in operator training as they move underground. 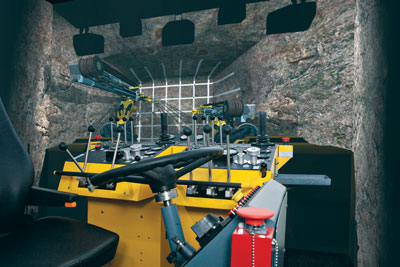 Rampura Agucha is the world’s largest zinc mine and has started the process of moving operations underground after open pit mining since 1991.

“We are very pleased and proud to be chosen as the training simulator provider to Rampura Agucha,” says ThoroughTec’s EVP and director of Global Business Development Greg Lew. “We believe they chose us due to our reliable, competitive training solutions and strong track record of delivering complex systems to remote locations around the world.” 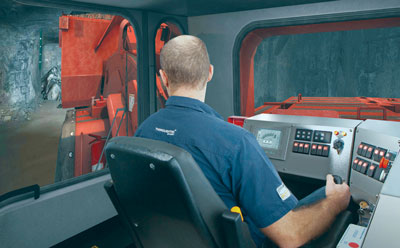 A ThoroughTec Sandvik LH517 LHD simulator, such as that used at Hindustan Zinc’s Rampura Agucha mine.

As the mine moves its operations underground, the mine will also be looking to ensure that productivity levels are maximized. “These simulators will play a vital and cost-effective role in training our operators to use these new vehicles efficiently as we ramp up the underground mine to an ore production capacity of 3.75 million tonnes per annum,” he says.

This is not the first time where advanced high fidelity training simulators have been used to help a mine move its operations underground. “Our simulators have helped operators at two massive gold and copper mines in Asia make the move from open pit to underground operations,” says Greg Lew. Moving from open pit to underground mining is no easy task and requires different operator skill sets due to the confined spaces and increased level of danger.

The team at ThoroughTec Simulation has been designing simulator based training systems for more than 20 years. During this time the company has grown into one of the world’s leading training simulation organizations, supplying the mining, construction and military sectors.

Providing Operator Training Systems and Tactical Training Systems for a range of vehicles and applications, ThoroughTec is the de facto supplier of simulator systems to the South African Military as well as supplying a number of European militaries. This military engineering has been utilized in the development of CYBERMINE mining equipment simulator systems, elevating them above competitors through military grade quality, reliability and low cost of ownership.

ThoroughTec’s range of CYBERMINE mining simulators is the broadest in the industry, encompassing all aspects of both surface and underground mining operations for hard and soft rock and capable of replicating a mine’s entire working fleet from load and haul through to the most complex production and ancillary equipment. CYBERMINE mining simulator systems are designed and engineered to make mines safer, more productive and more cost effective.