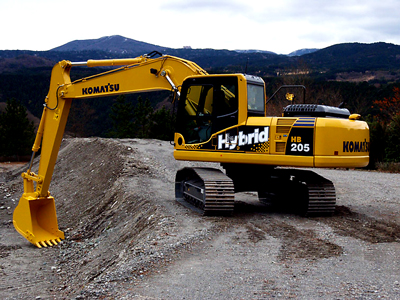 This year Komatsu is celebrating 50 years of providing Australia with earthmoving, mining, construction and utility equipment. During its time in Australia Komatsu has grown from a small distribution operation selling a few dozen machines to a company with 41 branches across the country and more than 2000 employees.

“We’re so proud to see how Komatsu has grown in Australia over the last 50 years,” said Komatsu Australia’s managing director Sean Taylor.

“Our equipment has been at the front and centre of many significant infrastructure developments and mining activities over the last five decades, helping our customers to complete large-scale projects that have contributed to the sustainable economic growth of Australia.”

To celebrate the achievement, Komatsu is giving every customer that buys a new piece of Komatsu equipment from September 1, 2015 to January 1, 2016, a chance to automatically go to into a draw to win a return trip including accommodation to the Bauma Expo, which is held in Munich Germany from April 11-17, 2016.

A Komatsu customer will be drawn from each Komatsu region. This means a winner from Queensland, NSW, Victoria, Southern region (Tasmania and South Australia), Western region (Western Australia and Northern Territory) and New Zealand will attend this world leading exhibition which is held every three years.

Throughout 2015 Komatsu is also highlighting the key moments in Komatsu’s history and growth in Australia and the earliest machines sold, some of which are still operating.

Komatsu has come a long way from its early days in Australia. In August 1965, Le Tourneau Westinghouse was appointed nationwide distributor and Komatsu began selling just a few products. Some of the customers from the early days are still customers today.

“The reason we’ve been able to prosper here in Australia is our commitment to quality, reliability and innovation of our machines and technologies. Some of the first Komatsu products we sold in Australia are still going strong, 50 years later,” Sean Taylor said. “It’s this commitment that will allow us to contribute to and serve the industry for many years to come.”