A study developed by a group of scientists from Vindhyan Ecology and Natural History Foundation and the International Institute of Information Technology in India, has shown that mining activities are one of the major reasons for forest destruction, challenging the survivability and sustainability of flora and fauna existing in that area. 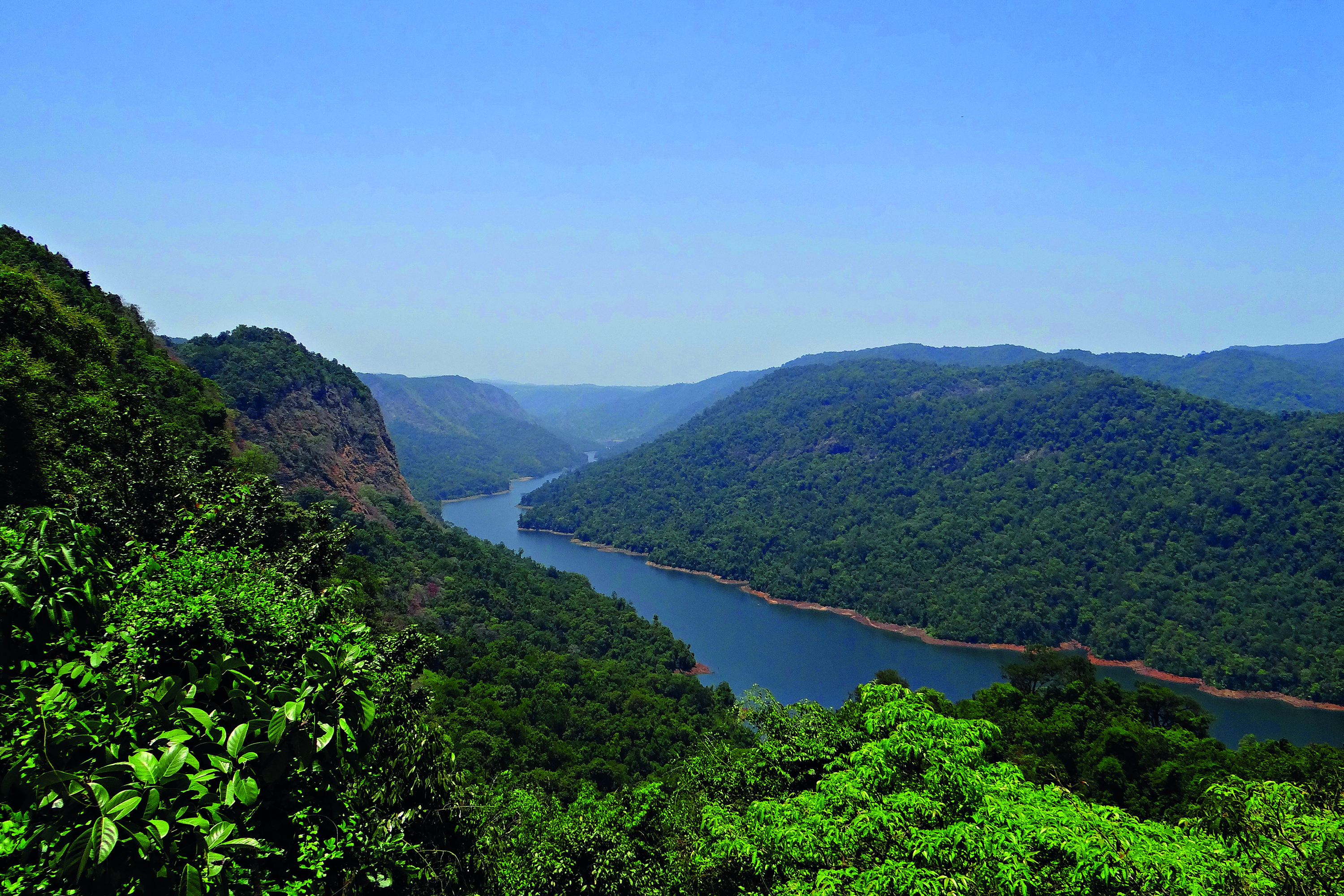 The authors – Laxmi Goparaju, Rama Chandra Prasad and Firoz Ahmad – argue that monitoring and managing the impact of mining activities on natural resources at regular intervals is necessary to check the status of their depleted conditions, and to take up restoration and conservative measurements.

“In the current scenario, conversion of large tract of natural forest into agricultural lands, and subsequently for the construction of settlements, has changed the landscape beyond repair.

“In addition, mining activities are among the major reasons for forest destruction since most of the mining locations are situated inside the dense, interior and biodiversity rich areas of the forests and near to freshwater bodies.

A 1985 UNESCO study showed that the exponential growth of the mining sector within the forest areas not only shrunk the forested area, but also impacted the biodiversity by destroying or reducing habitat, polluting the environment and questioning the survivability and sustainability of flora and fauna existing in that area.

“Moreover, the heavy equipment used in the open mining disturbs both ecological and hydrological balances within a short span of time. Besides, they also have a social impact by displacing the human population mainly the poor and tribal, who still sustain on forest produce for their livelihood,” said Dr Ahmad.

In spite mining’s shortcomings, the activity is inevitable as it defines the economic prospects of a country and fulfils the world’s heavy reliance on its by-products. As a result, the study authors argue, the mining industry will need to address issues and mitigate the social and environmental impacts to achieve sustainability.

The Indian economy holds significant contributions from the mining industry as many states in India harbour rich mineral deposits.

Approximately 18 per cent of total forest cover is observed in the districts of these mineral producing states. The country had four major biogeographic zones: The Himalayas; Eastern Ghats; Western Ghats; and The Vindhyans of the central India.

All these zones are rich in forest biodiversity and have been exploited for minerals over the years, thus threatening the fragile ecosystems and making them vulnerable to forest fragmentation and degradation. Some of them are hubs for mining such as the Kudremukh for iron-ore (Karnataka), Dhanbad for coal (Jharkhand) Jharia and Raniganj coal fields (Jharkhand and West Bengal), Dehradun-Mussoorie for limestone (Uttarakhand), Singrauli (Madhya Pradesh and Uttar Pradesh border), Meghalaya and Assam in the northeast of the country. Chhattisgarh is the most vulnerable state that has lost its forest cover to mining actions, either closed or open mining activities.

“The problem has alleviated because of government sanctioning more leases (based on fraudulent environmental impact assessments) and also directing forest land (biodiversity rich and wildlife corridors) towards such mining projects,” said Dr Ahmad.

“Further, studies suggest that mining is the primary driver of forest changes with less percentage of forest conversions to agriculture.

“Another serious concern is many illegal mines operating in the forest area without any forest clearance or environmental clearance which is necessary as per rules and regulations laid down by the Ministry of Environment, Forest and Climate Change (MoEFCC), Government of India (GOI). Illegal mining is extensive in many states of India, and checking those areas is necessary as they contribute to economic loss and also pose severe environmental threat.”

According to the report, geospatial technology has been well recognised in the mining sector in India.

“Of late, government and private sector industries are looking for a platform which will provide answers to public and ensure accountability,” said Dr Goparaju.

“The GOI has started incorporating geospatial technology in combating various irregularities. For example, Saranda forests are the dense forests in the hilly region of West Singhbhum district of Jharkhand, India. They form a part of the core zone of the Singhbhum elephant reserve. In the Saranda forest of Jharkhand the government has asked the mining authorities to come up with a plan in the GIS (Geographic Information System) domain by preparing a DEM (Digital Elevation Model) and overlaying all the operational data in the proposed mining lease area.

“Further, a clockwise progressive mining and reclamation plan on DEM in GIS domain needs to be explored for future monitoring of mines.”

As a result, monitoring and managing the impact of mining activities on natural resources at regular intervals is necessary to check the status of their depleted conditions, and to take up restoration and conservative measurements.

“Since mining is a temporary process, once the resources get exhausted the mining area is abandoned,” added Dr Prasad.

“The focus then should be on a restoration or reclamation process with suitable rehabilitation measures such as topographic and soil reconstruction, sediment and flood control to prevent runoff and erosion, and planting pollution tolerant and fast-growing species that can adapt to new environmental conditions and in scrapped topsoil.”

The study identified that the mining industry needed to be aided with a technology that ensured optimum benefit.

“Geospatial technology can be effectively utilised in monitoring the impact of mining activities on forest ecosystem, in all phases of operation, beginning from selection of suitable mine sites, exploration and extraction, closure and reclamation,” said Dr Ahmad.

The changes that can be assessed include loss or removal of vegetation and important species, reduction in the wildlife in correlation to loss of habitat and forest fragmentation, acidic water discharge and change in land cover types.

The technology also helps in analysing severe land disruption and degradation caused by surface or subsurface/open pit mining, and provides information about overburden of coal mines, mill tailings and indiscriminate disposal of waste materials into the nearby water bodies that harm the surrounding environment and its biodiversity.

The prerequisite for any satellite remote sensing analysis is the selection of proper satellite data. This will help experts select an ideal satellite data and offer scope and potential to solve various mining related issues since it is cost–effective, accurate and timesaving.

Satellite remote sensing data have been made available in the public domain by a group of scientists from the University of Maryland.

The first high-resolution global map of forest extent (time period 1999-2012) – defining both the forest loss and gain – have been prepared and the data is open to all.

Another such attempt has been made by the World Resource Institute USA, which launched the site www.globalforestwatch.org where satellite data is available along with other baseline maps.

“The potential of spatial analysis and open data has been recognised in improving the forest management and landscapes,” commented Dr Prasad.

“Such databases can be used by stakeholders, ecologists and scientists for management issues.”

In GIS, many software options are available to mining operations, which help assess the ‘what if’ scenarios. Dr Goparaju believes that they have superseded the traditional means of analysing the mines and their environment.

“Each mine is different with respect to the geographic location and environment,” he said.

“Geography, geology, mineral ore modelling, excavation plans, optimised pit design, et cetera, are specific to each mine. All such aspects can be analysed using an appropriate resolution of satellite data, and modelled in the GIS environs.”

Software companies like ESRI have developed a package named Geosoft Arc GIS exploration workflow solutions. Geochemistry for Arc GIS extension has the capability to analyse geochemical data within a GIS environment. It is also feasible to see cross section diagrams portraying 3D data on 2D maps which depict the vertical section of the Earth’s crust.

“The challenges required to be faced by the GIS software’s in dealing with the problems related to mining are gaining momentum,” said Dr Goparaju.

“The use of geospatial technology by BRICS countries (Brazil, Russia, India, China and South Africa) to achieve sustainable mining is an example set for others to follow.”

Dr Ahmad argues that the huge data collected by big multinational companies must be made available to small companies for the benefit.

“This is possible in GIS environment. Small countries and companies can use the historical data for their purposes.”

Barrick Gold Corporation, world’s largest gold mining company, created an online mapping portal with a large collection of online base maps. This exercise has made the availability of spatial data to a broader audience. Security features within ArcGIS keeps a check on users, ensuring that confidentiality is maintained. Decision makers are able to interact with the data and get a better understanding of global issues.

Applications of geospatial technology in various stages of mining activity

Geospatial technology can be utilised across various stages of mining operations including identification of illegal mines; identification of suitable sites where proposed mining area boundaries can be created in the GIS domain using geology, soil, hydrology and topographic maps; fire detection and accident management; spatio-temporal assessment of land use and land cover; identification of suitable afforestation sites around mining areas, which aid in marking buffer zones around the mining areas for the initiation of conservation measures to protect biodiversity; monitoring invasive species; and reclamation of mining sites

By using satellite data of various resolutions, it is possible to map and monitor different activities related to mining both spatially and temporally.

The mining industry in India is flawed mainly because of irregularities and violation of laws. A large part of the population depends on forests for their livelihood. To provide a sustainable living to them, mining should be carried out in a planned manner.

“Environment managers and regulatory authorities should incorporate deductions from geospatial studies to ensure a better future of the mining sector, ensure forest sustainability and promote transparency,” concluded Dr Ahmad. “the exponential growth of the mining sector … not only shrunk the forested area, but also impacted the biodiversity”