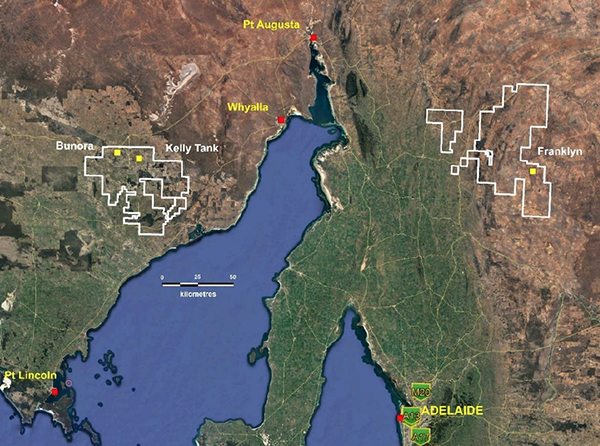 Archer’s maiden drill program at Franklyn was completed in December with 21 holes drilled approximately 500 metres apart to test and extend the scale of halloysite and kaolin mineralisation recorded in historic drilling. The kaolin clay drill hole samples were tested for chemical composition (i.e. Al2O3 grade) and for the presence of halloysite.

Kaolinitic clays were intersected in 18 of the holes drilled at the Franklyn Project with drill holes FRAC19-14 to FRAC19 reporting screened grades above 36 per cent Al2O3 and recoveries above 50 per cent. Samples from these holes were then submitted for further testing to confirm the presence of halloysite using X-ray Diffraction analyses.

“The confirmed presence of high-value mineral halloysite at the Franklyn Project is very encouraging and considerably increases the potential for commercial development of this very large project,” said Greg English, executive chairman of Archer Materials.

The EP Project comprises the Kelly Tank, Bunora and Bunora East prospects. The company recently completed a 21 hole aircore drill program with 11 holes drilled at Bunora, three holes at Bunora East and seven holes at Kelly Tank. All holes intersected kaolin mineralisation with some kaolin outcropping at surface and the remaining kaolin covered by less than 3 metres of soils.

The drilling results at the EP Project are particularly encouraging with kaolin intervals greater than 15 metres being observed. The drill samples from each hole have been prepared and submitted for analysis.

“We have two very exciting large halloysite-kaolin projects that are close to existing infrastructure and have the potential to add considerable value for Archer shareholders,” concluded Mr English.