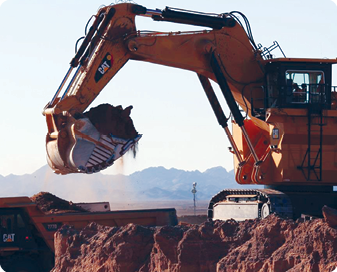 12600 contains the north-western part of the BNU coal basin with coal seams continuing from the operating BNU mine into the licence. Guildford says the new licence will play an important role in its expansion plans for coking coal operations in the South Gobi.

The 12600 licence comprises a total area of 500sqkm. It is 650km south of Ulaanbaatar and Noyon Soum, 15km northwest, is the nearest local settlement. The licence is about 30km in length and 20km wide. The reported resource comes from an area of 2.4sqkm and is in the south of the lease. The 12600 mining licence application is expected to be approved and granted shortly.

The 12600 acquisition follows the signing of an MoU to acquire an 80% stake in a large thermal coal project and associated power station project. Tsaidam Energy holds the designed and approved Tsaidamnuur 600MW mine mouth coal-fired power plant project, 132km southeast of Ulaanbaatar and 15km from the Trans-Mongolian Railway Line.

The Tsaidamnuur project consists of three mining licences which contain a large thermal coal deposit. Tsaidam estimates that there is in excess of 630 million tonnes of thermal coal contained in the licences, although this is not JORC-compliant. The mining licences are less than 1km from the proposed power plant with a belt conveyor system planned to transport coal from the mine.

In May Guildford’s subsidiary Terra Energy was also granted a new exploration licence in the South Gobi coal basin. It is close to South Gobi Resources’ Zag Suuj deposit and 60km east of BNU mine.