THE basic engineering design (BED) of the beneficiation plant for Indo Mines’ Pig Iron Project at Kulon Progo in Java was expected to be completed by the end of the June quarter. The work has been carried out by Ferrostaal Indonesia and is a key element for the iron plant’s BED as concentrate produced over the life of mine must be consistent in terms of its chemical and physical properties such as iron, silica and phosphorous content.

Indo Mines spent much of the first quarter of 2015 focusing on completion of phase one of the definitive feasibility study (DFS) at the project. 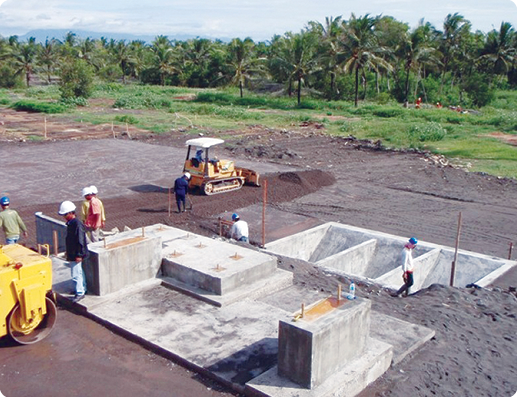 After significant test work carried out by MBE labs in Germany and CRL in New Zealand, a process flow diagram (PFD) has been agreed by all parties. It is based on a one-stage rougher magnetic separator, followed by a three-stage lower gauss ‘cleaner’ magnetic separator. To grind the raw material to an optimal level of magnetic iron liberalization, a ball mill and vertimill configuration is utilized to achieve a 45 micron sizing.

Taking the average iron grade of the deposit (13.6% iron) as head feed, the PFD is able to achieve a 12% yield, which is better than initially modelled. This is based on producing a concentrate between 58% and 59% iron, with acceptable silica and phosphorous content.

The yield will depend on head feed grade but plant capacity is based on a head feed grade as low as 9%, as iron grade quality over life of project will vary. The ability for the plant to adjust according to the head feed grade, but still produce consistent concentrate for iron plant is critical for project success.

Recently the fencing of acquired land was completed. This has been an important task to not only secure the land but also begin socializing with local villagers in surrounding areas. The local Korporasi (CSR team), was hired to develop and build the fence, an endeavour that is seeing young locals learn new skills in cement and construction, from the main contractor.

Indo Mines, through JV company PT Jogja Magasa Iron, owns a 70% interest in the project, which is about 30km from the city of Jogjakarta. It centres on a 22km-long by 1.8km-wide stretch of beach between the Kulon Progo and Serang rivers. A probable ore reserve of 163.5 million tonnes at an average grade of 13.7% iron for the surface sands has been defined.