Dow resigns as Adani CEO; Stays on board


Lucas Dow has resigned from the role of chief executive officer for Adani Mining Pty Ltd, but will stay on with the company as director of the board. He is succeeded by David Boshoff, who joined Adani in November as project director. 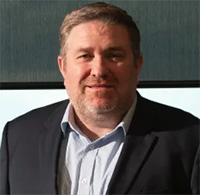 The move comes as the controversial Carmichael thermal coal mine project in Queensland, Australia’s Galilee Basin continues development. The mine is expected to extract 60 million tonnes of thermal coal annually. Adani anticipates to deliver first coal in 2021.

“Mr Dow will continue to be involved in the business in a non-executive capacity and remains an integral part of the Adani Australia team.”

Prior to joining Adani, Mr Boshoff spent the previous five years as general manager at BHP’s Mt Arthur Coal and Daunia mines. He holds an Executive Master’s in Business Administration (EMBA) from Melbourne Business School and is a graduate of the Australian Institute of Company Directors.