Day said he was joining Greatland at an exciting time for the business as it advanced the Havieron project in Western Australia.“2021 is set to be an exciting year for Greatland as we embark on multiple exploration campaigns in the Paterson province,” Day said. “Greatland will continue to progress its core strategy, advancing Havieron, while pursuing value from our other exploration targets with Tier 1 potential. Beyond this, I intend to apply my experience from growing major mining companies to oversee the development of Havieron and to scale-up the wider business.” 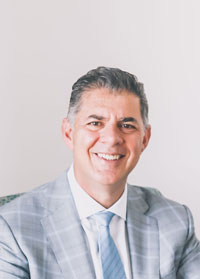 “I was attracted to Liontown because of the exciting opportunity to build a world-class battery metals business that can play a meaningful role in the impending global energy transformation,” Ottaviano said. 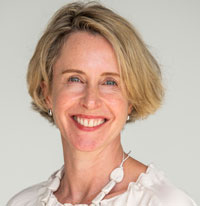 The Department of Regional New South Wales (DRNSW) has appointed Georgina Beattie as the deputy secretary of mining, exploration and geosciences (MEG). Beattie has extensive public sector leadership experience, having served as executive director, strategic advice and economics for DRNSW, as well as senior roles at the New South Wales Department of Premier and Cabinet, Department of Industry, Environment Protection Authority and Minerals Council.

Beattie said she was looking forward to returning to the resources industry to work toward achieving the government’s goals for its coal and minerals strategy. “Investors know New South Wales is open for business and I look forward to leading our efforts to attract more investment to New South Wales,” she said. “New South Wales’ thriving mining and exploration sector generates more than $31 billion each year and is the lifeblood of many regional communities, bringing jobs and economic opportunities. The New South Wales Government’s approach to resources policy and operations has bolstered industry confidence, evidenced by a doubling of exploration license applications in the past five years while maintaining world class environmental and water protections.”

The MEG group works to develop New South Wales’ mineral and petroleum resources by setting policies and strategic framework for mining and exploration.

Auroch Minerals will have two new leaders to oversee the company’s exploration and development of the Saints, Leinster and Nepean nickel projects in Western Australia.

Trevor Eton has assumed the role of non-executive director, bringing with him 35-plus years of corporate finance experience within the minerals industry. He was previously chief financial officer and secretary of Panoramic Resources, where he was instrumental in the financing, construction and development of the Savannah nickel project in Western Australia.

Auroch managing director Aidan Platel said he was pleased to welcome both Eton and Moylan to the company board. “(They) will be invaluable as the company builds the team it needs to aggressively progress its high-quality nickel sulphide portfolio,” Platel said.

Kingrose Mining has welcomed a new chief executive, geologist and mineral exploration executive Fabian Baker, to its ranks. Baker was the founder and chief executive of Tethyan Resource Corp and was instrumental in leading the company’s entry into Serbia and other Balkan neighbours to identify significant gold, copper and base-metal exploration assets. Other previous work includes Lydian International chief geologist and Royal Road Minerals exploration manager in Turkey.

Todd Hannigan has joined the Piedmont Lithium board as non-executive director. Hannigan is the former Aston Resources chief executive, and during his time with the company he developed the Maules Creek coal mine in New South Wales into production while overseeing Aston’s merger with Whitehaven Coal.

This January, Hannigan became non-executive chairman of Tao Commodities to develop the Titan project, a rare earth-titanium-zircon deposit in the United States. “(Hannigan) is an outstanding addition to our board and will add valuable leadership and experience,” Piedmont independent chairman Jeff Armstrong said. “(He) is a large shareholder in Piedmont, which is a testament to the quality of our lithium project.” 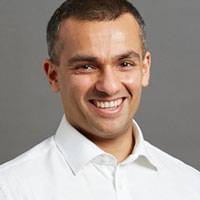 The International Council on Mining and Metals (ICMM) announced the appointment of Rohitesh Dhawan as chief executive officer, following a competitive global selection process, to succeed Tom Butler, who will step down on 6 April 2021. Dhawan is a sustainability specialist with significant experience in the resources sector. His most recent role was as managing director and head of the EMEA region at Eurasia Group, a geopolitical research and analysis firm, where he led the climate change and sustainability practice.

Prior to this, Dhawan’s roles included global head of sustainability for the mining sector and global strategy director at KPMG International. He currently serves on the expert panel on climate change for the UK government’s Partnering for Accelerated Climate Transitions Programme (PACT).

He is a Raisina Fellow of the Asian Forum on Global Governance, Fellow and Moderator at the Young Africa Leadership Initiative and serves on the Advisory Board of Concordia, the U.S.-based global convening organisation.

“I am pleased to welcome Rohitesh as CEO of ICMM,” said Richard Adkerson, ICMM chair and chairman and CEO of Freeport-McMoRan. “He brings a deep commitment to sustainable development, and strong on-the-ground experience. His extensive knowledge of the challenges and opportunities facing our industry will be invaluable as we work together to address some of the biggest issues facing our sector, and advancing important initiatives that reflect our collective commitment to continuous performance improvement. I would also like to recognize Tom’s outstanding contribution to ICMM over the last six years, and on behalf of the Council, I would like to thank him for his leadership and commitment. I am looking forward to working with Rohitesh to build on the strong foundation that Tom leaves behind.” 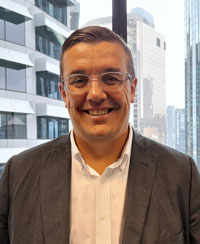 DGR Global Limited announced the resignation of Ben Cleary as a non-executive director, effective immediately. Cleary resigned to concentrate his efforts on the international operations of Tribeca Investment Partners. DGR Global Managing Director Nicholas Mather said, “On behalf of the board, I would like to thank Ben for his contribution to DGR Global over the past three years, and wish him every continued success with Tribeca.”

Baru Gold Corp. appointed John J. Ellis to the company’s board of directors. Ellis is a mining executive and engineer with significant experience in operations, open pit, startup management and capital markets over the last 50 years.

“John brings to Baru Gold decades of operational and capital market guidance. Having access to his leadership and understanding in mining engineering from the grounds up through to sales, expansion financing and beyond will be instrumental in Sangihe’s success. As former CEO of Anglo Gold and local knowledge in Indonesia, we expect him to elevate Baru Gold’s operational excellence and perception in the capital markets as we advance towards production in 2021,” said Baru Gold President and CEO Terry Filbert.

International Council on Mining and Metals