Rio Tinto has appointed Andrew Woodley as new president and CEO for the Oyu Tolgoi copper-gold deposit in Mongolia, replacing Craig Kinnell, who has left for personal reasons and has moved on to a new role with Rio Tinto in London.

OceanaGold Corporation announces the appointment of Paul B Sweeney to the Board of Directors. He takes the place of Jake Klein following his resignation and brings with him substantial international experience across mining and renewable energy industries. 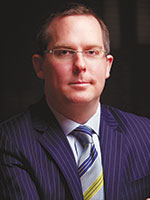 After 14 years at JKTech, Dan Alexander has stepped down as CEO to commence a role within Anglo American in London. He has a long history with JKTech, the technology transfer company for the Sustainable Minerals Institute at The University of Queensland. Brett Cunningham, general manager of JKTech’s Technology and Knowledge Transfer team, has stepped into the role of acting CEO.

Vanguard Mining Corporation announces that Mai Hoa Nguyen has resigned from her roles as a member of the Board of Directors, chairperson and president, and Thang Thi Ha has resigned as chief financial officer. Vanguard has appointed Jalani M Haniffa as president and Hai H Le as chief financial officer. Mr Haniffa is a managing partner of Indonesian mining investment holding companies PT Cendrawasih International and PT Kencana Persada.

Hazelwood Resources has refreshed its Board as it grows and transforms into a key producer of premium ferrotungsten. The company has appointed Mark Warren as executive chairman while managing director Terry Butler-Blaxell has stepped down. Mark Warren has more than 30 years of global experience in advisory, executive and technical roles in mining and metals businesses. He joined the company in September as non-executive chairman. 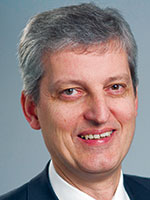 Hanover-based ContiTech AG has appointed the head of its Conveyor Belt Group, Hans-Jürgen Duensing, to its Executive Board. He takes on the new position in addition to his previous responsibilities and reports to Executive Board head Heinz-Gerhard Wente.

Asian Mineral Resources has appointed Martyn Buttenshaw as a non-executive director. He is a vice-president with Pala Investments, a substantial shareholder of AMR. He has been involved in a number of Pala’s largest investments and has substantial experience working with mining companies on strategy, business growth and mergers and acquisitions.

Turquoise Hill Resources has appointed Dr James Gill to the company’s Board as an independent director. He is an experienced explorer, developer and operator with more than 40 years of international mining experience.

Mindoro Resources has appointed Geocel D Olanday to the Board of Directors. To accommodate this appointment, CEO Penny Gould has resigned as a director. Mr Olanday has an extensive business and financial background in the Philippines.

MBMI Resources announces that Ning Yat Hoi has resigned as a director of the company. The Board expresses appreciation for his contribution to the affairs of MBMI.