India gets out of coal and into renewables 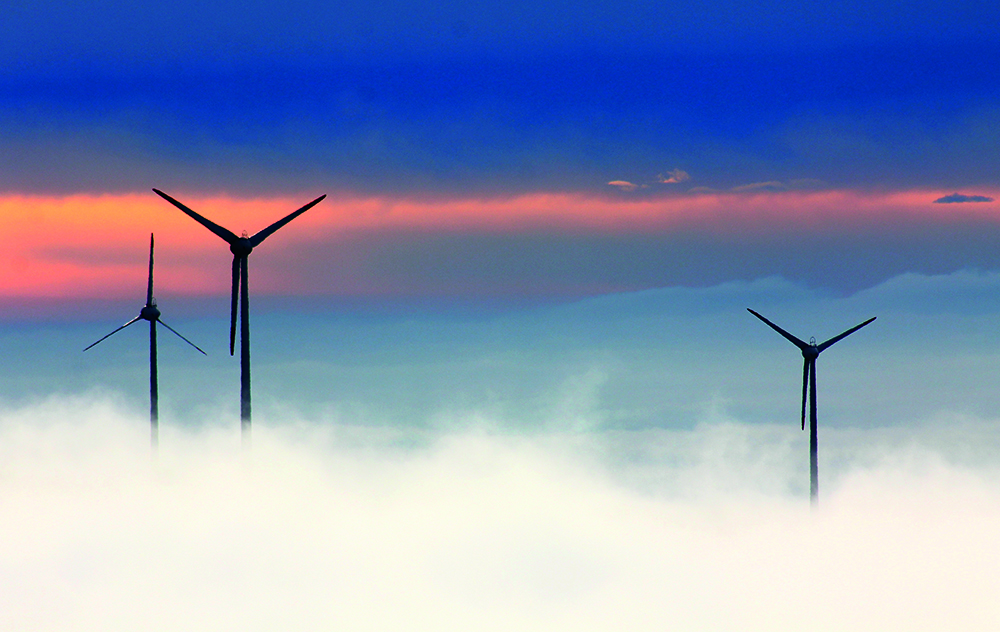 India has been aggressively pivoting away from coal-fired power plants and towards electricity generated by solar, wind, and hydroelectric power.

The reasons for this change are complex and interlocking, but one aspect in particular seems to stand out: The price for solar electricity has been in freefall, to levels so low they were once thought impossible. For example, since 2017, one solar energy company has been generating electricity in the Indian state of Rajasthan at the unheard-of, guaranteed wholesale price of 2.44 rupees per kilowatt-hour, or 3 US cents.

Consequently, with this massive reduction in the cost of renewables, India is able to shift away from the world’s dirtiest fossil fuel, and to much cleaner sources.

While western countries continue to baulk at reducing their reliance on fossil fuels, India is accelerating its plans to lock in a sustained, aggressive reduction in the carbon emissions intensity of its economy.

The rapid diversification of India’s electricity sector is also creating an abundance of jobs and bringing an influx of new investment—needing to reach US$500 billion over the coming decade if the targets are to be met.

A perfect storm — in a good way

Several developments have come into play at once, that together have been driving the transformation of India’s energy policy.

India has been on an industrialisation path that has pushed the country’s economy to grow at over 6 percent annually since 2010.

But such sustained economic growth comes with an ever-increasing environmental cost.

While seasonal factors are clearly at play, the deteriorating air quality is an all too powerful symbol of the growing environmental costs of strong economic growth for the people of India.

Similarly, with the overall total water supply slowly declining and pressing agricultural needs, there are simply not sufficient water resources for a continued expansion of the coal-power sector.

At the same time, India is genuinely committed to over delivering on its national contributions to the 2015 Paris Climate Agreement. India is on track to boast just two per cent growth in carbon emissions in 2019; the country’s lowest rate of carbon-emissions growth this century, (assisted in part by the slowing economic growth rate).

In tackling air pollution, water scarcity, and the Paris targets, it might appear that India is driving its energy transformation because of domestic environmentalism. But this is not really the case. Finance is the central driver. India is embracing renewables and new energy technologies due to the compelling economic benefits of the rapid expansion of a cheaper electricity supply.

In 2017, India’s then-energy minister, Piyush Goyal, introduced online competitive ‘reverse auctions’ — where suppliers can view the current bid and make lower bids if they wish — to win the right to build new renewable energy infrastructure across India. This encouraged each Indian state to compete with others, given that both local and international developers were able to choose sites with the best wind and solar resources.

The results of these reverse auctions were staggering: Companies collectively bid for more capacity than was being auctioned by up to ten times. This high investor interest allowed the government of India to select the lowest-cost bids, ultimately benefitting India’s electricity consumers. It also encouraged the state and central governments to encourage this investment boom further, by removing legal and regulatory barriers.

Previously expensive renewable energy prices dropped by some 50 per cent over 2017 for both solar and then wind, while investors offered 2.40 to 3.00 rupees per kilowatt hour. This put domestic renewable energy prices about 20 to 30 per cent below the cost of India’s existing domestic coal-fired power generation costs, and even below the cost of plants powered by imported coal or imported liquified natural gas.

India was being overwhelmed with new investment in ultra-low cost electricity supply.

The result? The government of India enabled US$40 billion of new investment and a doubling of renewable energy capacity in just over three years, to 83 gigawatts by September 2019, with another 45 gigawatts of large-scale hydroelectricity.

Buoyed by the success, India’s initial target of 175 gigawatts of renewable energy capacity by 2022 was expanded to a target of 275 gigawatts by 2027.

Then in September 2019, Prime Minister Modi proclaimed a new target of 450 gigawatts by 2030, or another US$500 billion of investment in the coming decade.

What’s more, the Indian government’s plans include a progressive expansion of electric vehicles, putting the country on a path to progressively reduce reliance on expensive, high emissions oil imports.

The energy transformation continues despite the economic slowdown

While the Indian government has embraced the deflationary opportunities in renewable energy investment, the technology-driven disruption of its energy system has a long way to go — and has by no means been entirely smooth sailing.

The national electricity grid is showing signs of serious congestion from the rapid influx of intermittent renewable energy generation. This has put intense pressure on the grid, created energy distribution bottlenecks, and provoked some policy contradictions — including increased state government charges on renewable energy.

The government of India has also come up against push-back from its domestic manufacturing industry, seeking — and winning — tariff protection from the ever-lower priced solar module imports from China. The government’s subsequent import duties not only raised solar tariffs by 10 to 20 per cent but caused a 12- to 18-month installation delay as the new rules were all too slowly clarified.

These issues will likely be short-lived, however, as the same imperatives that first triggered this boom continue to remain: to fight the environmental costs of India’s economic growth, and to lower India’s energy costs.

The energy security gains of a reduced reliance on fossil fuel imports are clear, as are the benefits of diversifying India’s electricity system from its historic overreliance on heavily polluting coal-fired power generation. And the benefits extend well beyond its borders.

As India benefits from the shift to domestic renewable energy, other emerging market nations are watching, keen to leverage the same benefits for their own countries.

And therein lies a key path to global decarbonisation and a much-needed solution to limit global warming.

And none too soon.

This extract is from an article that first appeared in Bulletin of the Atomic Scientists.