From gold plant data analysis to Gwalia’s underground mine, here is an update. 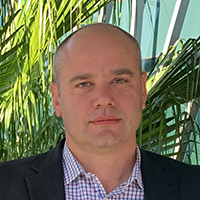 A new collaborative project could revolutionise gold plant data analysis. A consortium of world leaders has come together to commercialise a “one-stop shop” for collecting and analysing gold plant data in real-time – a process that will “revolutionise the industry’s ability to measure circuit inventory and recovery in real time, move it into the digital world and whilst providing opportunity for full automation,” they said.

In early October, METS Ignited Industry Growth Centre announced the consortium of Gold Fields, Orway IQ, CSIRO, Curtin University and Gekko Systems as recipients of the Tranche 4 Collaborative Project Funds. The METS Ignited funding will assist the development of a system to collect and analyse real-time gold reconciliations and automate gold processing plants by providing the technology, software, skills and expertise to the miners as an integrated package.

In a world-first, the project draws together a range of technologies and skill sets that are the first step to truly understanding what is happening in a gold production plant real time and will eventually lead to a fully autonomous gold plant.

Gold Field’s Processing Projects Coordinator Matt Dixon said the value of this collaboration was having information available in real time to make decisions.

“The METS Ignited project is looking to integrate multiple technologies to achieve a step change in the automation and optimisation of gold processing. Recent innovations by CSIRO and Curtin University, in partnership with Gekko Systems are now making the potential to monitor gold in real time a reality. Gold Fields have chosen the Gruyere Gold Mine as the site to install and test these technologies. Combining the OLGA (OnLine Gold Analyser) and Carbon Scout with newly developed data capture and analytics technologies, aims to provide a step change to how we measure, monitor and optimise gold recovery. A world first project, creating a technological capability which does not yet exist anywhere else in the gold sector,” said Dixon.

The project will address current difficulties in accounting for gold during production, lag times in assessing data and adapting procedures to maximise production from the data provided, and the safety around a number of those procedures.

The ultimate aim is to have gold process and recovery data being analysed within minutes rather than days from anywhere in the world and for production to be adapted to reflect this data.

This round of METS Ignited collaborative funding is focused on analytics, automation and robotics in the mining industry with projects expected to have a global impact and to provide substantial benefits to the Australian METS sector.

The mine was originally established in 1897 by Herbert Hoover, who later became the 31st president of the United States. Melbourne-based gold miner St Barbara restarted mining at Gwalia in 2008 and has produced more than 2 million oz. of gold. The company said that mining at Gwalia is planned to reach a depth of 2,300 metres below the surface by 2031.

“With the Gwalia extension project and Atlantic Gold integration complete, we are embarking on an integrated company-wide transformation project encompassing all aspects of our operations and capital projects,” said Craig Jetson, managing director of St Barbara.

“A renewed operating model will prioritise technical expertise and embed business performance to drive productivity improvements and cost reductions across our business.

“With strong gold prices and a positive market outlook, we are committed to positioning our business to capitalise on these conditions,” Jetson said.

Jetson also noted that the investment in Gwalia’s future would more than pay for itself over the next decade. 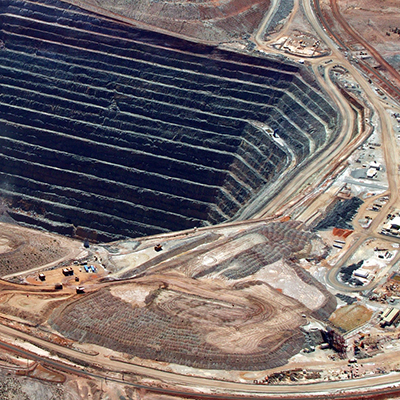 Dr Sandra Close of Surbiton Associates said old mines, which were unviable in lower gold-price environments, would be dusted off and new mines will be brought into production, if prices remain strong for an extended period. Among the mines most likely to make a comeback is the historic Central Norseman gold operations in WA’s Goldfields.

Central Norseman was once Australia’s longest continuously running gold mine, producing about 6 million oz. from 1935 until its closure in 2014. Paul Cmrlec, managing director of gold miner Pantoro, said feasibility studies into a potential restart were only weeks away from completion.

“It’s certainly a fantastic time for the industry,” Cmrlec told the ABC. “All the old cliches certainly apply to Norseman ... they say ‘old mines never die, they just get deeper.’ I think the key thing for Norseman is the bulk of that infrastructure that’s required for a new project is there and generally it’s in good useable condition.”

“I’m really excited about the future at Gwalia, even though it’s getting deeper and we won’t see the grade of yesteryear, but it will be achieving its best margins for a long time in the coming years and it will certainly be stable,” Jetson said.

An innovative aspect of the Gwalia extension project was construction of a $20-million plant to crush waste rock underground, mix it with cement and backfill into old workings so trucks no longer carry waste to the surface.

It currently takes truck drivers about two hours to make their way to the surface to dump their load and head back down the mine.

Meanwhile, St Barbara will pay back $200 million in corporate bank debt it borrowed as a precaution to ride out the coronavirus storm. Mining analysts said the pandemic is the most likely explanation for a surge in gold prices.

At the end of July, the U.S. dollar gold price went above $1,950 an ounce for the first time, smashing the previous record set in 2011.

At the current exchange rate, Australian gold miners are enjoying a boom with local prices above $2,700 an ounce.

Dr Close said gold had traditionally been a safe haven for investors in times of global turmoil.

“That’s certainly part of it,” she said. “Obviously, the coronavirus has now been with us for some months and I guess the message is getting through, particularly in places like the United States, that it’s truly serious, given the sadness and the numbers of people affected and even dying.”

Upfront capital requirements have increased from US$146 million to US$156 million, but Nusantara now expects to pay that back in 1.8 years, down from four years in the DFS.

There is also opportunity to extend the mine life or to support expansion with the possible inclusion of the ‘Tarra’ deposit and other known exploration targets.

The drilling program consists of an initial two drill holes (approximately 950 metres) positioned to test below ore shoots mined at the Urushi and Ohra mines. Historic records report high-grade production including: 21,000 oz. of gold mined at grades greater than 20 g/t at the Ohra mine; and a vein shoot within the Urushi mine which carried grades between 50 to 100 g/t gold.

The drilling will be along the open-ended, 3.5-km corridor of alteration and epithermal mineralization defined by the Ohra, Takamine and Urushi historic mines, where mining was halted in 1943 by the government-imposed moratorium.

The company is currently unable to utilize its own drilling teams due to ongoing international border closures and consequently has contracted the Ando Chisitsu Drilling Co., which has experience drilling in the local conditions including the epithermal vein deposits at the nearby Kushikino gold mine. Diamond core drilling will be carried out from surface to depths of up to 600 metres.

“We are pleased to commence the first of our 2020 drilling programs in the richly gold endowed Southern Kyushu Epithermal Gold Province. We have been very fortunate to identify and secure a Japanese drilling contractor with the capabilities to carry out our drilling program in the midst of the global pandemic,” said John Proust, chairman and CEO.

The initial regional assessment program of the 29 Barrick Alliance projects includes bulk leach extractable gold (BLEG) and rock float geochemical sampling, and geophysical gravity surveying. Much of the work over the past two months, in addition to ongoing geophysical surveys in Kyushu, has focused on the Kitami Region. Japan Gold has 10 projects with applications and prospecting rights covering 86,135 hectares of prospective ground within the region, nine of which are included in the Barrick Alliance (65,622.4 hectares).

Geochemical sampling has been completed on 12 of the projects throughout Japan including four of the nine Barrick Alliance projects located in the Kitami Metallogenic Province: Sanru, Aibetsu, Tenryu and Numanoue. Activity has now shifted to the five projects located in the Monbetsu-Rubeshibe Graben, located on eastern side of the region. These projects include Hakuryu, Onne, Fujimi and Harutomi, and the recently acquired Kanehana Project, which collectively comprise an area of 31,822 hectares.

The eastern Kitami Region projects cover numerous historic mines and workings including the southern half of the Konomai Mine vein swarm, Japan’s third largest gold mine, which produced 2.35 million oz. at an average grade of 6.4 g/t gold. The Barrick Alliance is currently on schedule to complete the first phase of regional stream sampling in Hokkaido before the onset of winter.

Geophysical gravity surveying will be completed across all Barrick Alliance projects to further delineate and/or refine regional and project-scale structural and lithological controls, important to the understanding of the controls on epithermal gold mineralisation. Surveying has been completed on four out of 14 Barrick Alliance projects in the Southern Kyushu Epithermal Gold Province: Mizobe, Mizobe 1st Extension, Mizobe-Onoyama and Onoyama-Yamagano. It is currently on-going across the Gumyo and Isa projects, and semi-detailed gravity work is scheduled to be completed across all the Alliance Kyushu and Honshu Project areas by the first quarter of 2021. 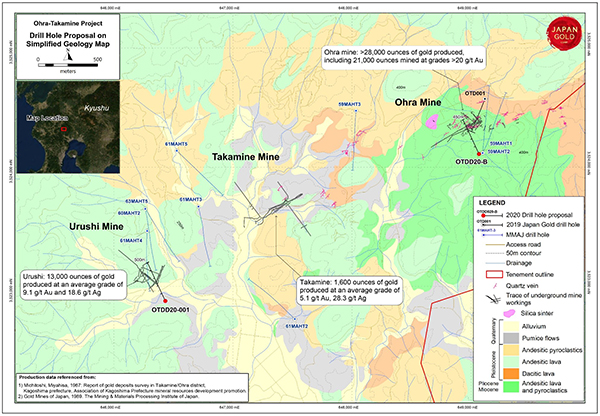 Evolution Mining – Headquartered in Perth, gold mining specialist Evolution Mining is Australia’s sixth-biggest mining company and third on the NS Energy list. Relatively new to the mining industry, with operations starting in 2011, Evolution ranks 49th in the world in this sector.