News and trends in Indonesia, Malaysia, Singapore and Philippines. 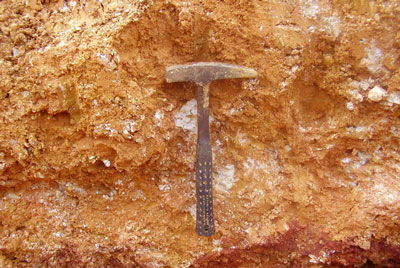 There have been a number of recent developments in Indonesia, Malaysia, Singapore and Philippines, both in coal and hard-rock mining. S&P Global made these predictions as 2021 began:

The transaction saw PT Tanito Harum Nickel, a subsidiary of PT Harum Energy Tbk, acquire a majority stake in PT Position, owned by Aquila Nickel Pte Ltd. This is the latest nickel mining acquisition by Harum Energy, as the company looks to expand and diversify from its traditional coal mining business.

“Nickel demand is expected to grow, particularly for electric vehicle batteries,” said HBT partner Tjahjadi Bunjamin who led the team advising Harum Energy. “Indonesia holds the world’s largest reserves of the metal, and we expect further investment activity in the year ahead as the shift to sustainable energy and transport grows.”

Indonesian mining companies are piling into coal gasification projects as the country’s biggest export markets and global investors move toward a carbon-neutral future, according to Nikkei Asia.

Coal gasification can be used to create a range of fuel products with lower emissions, an important consideration for investors increasingly concerned about environmental, social and corporate governance, or ESG, issues. The moves also dovetail with the Indonesian government’s push to develop the downstream industry, rather than simply exporting raw natural resources.

Indonesia is the world’s largest exporter of thermal coal, shipping out 455 million tons, or 31.7% of the world’s exports, in 2019, according to International Energy Agency.

PTBA is planning to start construction of the coal-to-DME processing facility near its mine in Tanjung Enim, South Sumatra Province, in the middle of this year.

“The coal-to-DME project is one of PTBA’s main strategic initiatives in realizing [a] business transformation from being previously a conventional mining company to become a ‘beyond coal’ company,” Chief Executive Arviyan Arifin said at a virtual signing ceremony for the partnership agreement with Air Products and Pertamina on Dec. 10, 2020.

“Moreover with this project, hopefully it can be a good start to support national energy security,” Arifin said. “Hopefully our coal-to-DME project will inspire other coal companies in Indonesia to take similar action.”

Commercial operations are targeted to start in 2025, with a production capacity of 1.4 million tons of DME per year. Six million tons of coal will feed the plant every year – about a fifth of the miner’s production output in 2019.

According to Christopher Rogers, a senior researcher at Panjiva, which is a business line of S&P Global Market Intelligence, a division of S&P Global Inc. global nickel and steel markets have been roiled by the COVID-19 pandemic, with demand destruction and industrial lockdowns rapidly shifting supply chains.

That does not mean more nickel is available for export from Indonesia, however, as the government banned exports from 2020 in order to retain materials to produce more value-added products, including ferronickel and stainless steel.

Indonesian producers may also have an opportunity to expand given the reduction in tariffs planned under the Regional Comprehensive Economic Partnership, or RCEP, trade deal, outlined in Panjiva’s research published in November 2020.

For example, Japan’s import tariff for ferronickel and nickel pig iron from Indonesia will drop from 17.2% currently to 0% in stages over the next 16 years. Chinese imports of stainless steel from Indonesia meanwhile will drop to 0% from 2%, providing a small competitive advantage for Indonesian suppliers over those from Europe.

The surge in exports of stainless steel has picked up since mid-2020. Panjiva’s data for Indonesian exports show that stainless steel shipments climbed 375% higher year over year in the three months to July 31, 2020, compared to a year earlier. At the same time processed nickel, principally mattes, have dropped 3% while exports of nickel ore have dropped to zero.

Most of the pickup in exports has been driven by two companies with shipments predominantly to China. Obsidian Stainless accounted for 58.8% of exports in the three months to July 31 from close to zero a year earlier. The local subsidiary of China’s Tsingshan Holding Group Co. Ltd. accounted for 34.3% after a 6.2x increase compared to a year earlier. Third largest was Sulawesi Mining, with a 6.9% share after a contraction in volumes of 6.5%.

Indonesia produces around 4% of global gold production, half of which originates from the giant Grasberg mine, the world largest gold mine, on the western half of Papua. This mine, which is believed to contain the world’s largest gold reserves (67.4 million ounces), is majority-owned by the American company Freeport-McMoRan Copper & Gold Inc. and makes it the largest taxpayer to the Indonesian government.

As gold production in Indonesia outpaces domestic gold demand, most of production is shipped abroad. However, the Indonesian government is currently stimulating the establishment of national processing industries in order to increase profits by exporting products that have added value. Gold production (in tonnes) has only increased after a large drop after great financial crisis in late 2000s.

Indonesian coal miners are benefitting as the country is the biggest exporter of thermal coal to China. This also comes amid China’s political tensions with its second-largest supplier Australia.

The government in January 2021 also urged all coal producers to operate at maximum capacity as long as they can ensure mine safety.

China’s coal demand and imports are expected to weaken after the Chinese New Year as temperatures rise and coal production normalises. CRU’s analysis of vessel data shows that China’s thermal coal imports in the first two weeks of January were already close to 70% of the volume in December 2020.

Fitch said it remains bearish on the long-term coal price outlook amid the global push towards carbon neutrality.

“This is a part of our corporate restructuring that will spin off the base metal project and allow us to focus on the development of our gold portfolios in both Malaysia and Western Australia,” said Cathy Zhai, president and CEO of Monument Mining.

Under the terms of the agreement, Fortress will, in consideration for the shares of MMSB, pay Monument Mining US$30 million in cash and grant the producer a royalty of 1.25% of gross revenue on all products produced at the Mengapur Project.

The transaction is subject to Fortress shareholders’ approval, Singapore Exchange approval, and other conditions set forth in the definitive agreement. The closing date is expected in the third quarter of fiscal 2021.

Rio Tinto, which historically has used the Fremantle port in Perth for its freight shipping route between Australia and Singapore, will now be connected with the Port of Dampier.

Under a new commercial freight shipping service agreement, the company’s mines in the Pilbara will be able to receive essential maintenance items such as rail wagon wheels and parts, oil and lubricants.

Rio Tinto officials said the new shipping service will be cheaper for its bottom line, and also cleaner and faster.

The first freight has already come into Port of Dampier; the MCP Graz arrived from Asia on 17 February. The route is quicker, at just six days versus 10, and will save Rio about 3 million litres of diesel annually.

Moving forward, the mining operator wants to see more than 50% of its freight requirements to the Pilbara arrive utilising this service – a service that will also be available to local businesses.

Following a three-month delay due to the COVID-19 pandemic, Baru Gold said it has received an upgrade to its production licence for the Sangihe gold project in Indonesia.

The upgrade licence was issued by the Ministry of Energy and Mineral Resources (MoEMR) and was applied to the mine’s contract of work.

“This licence provides Baru … with the rights to operate precious metal mines on 42,000 hectares on Sangihe Island, of which only 10% of the area has been geologically explored to date,” said officials for the company.

“Exploration will be upgraded through a resource development drilling program and will be expanded to other areas of the CoW once production cashflow has been initiated.”

Baru noted that it will be proceeding to production without a feasibility study-supported mineral reserve estimate.

Sangihe’s existing CoW licence outlined a 30-year production allowance; under the recently issued 2020 mining regulations, it may be extended for two more decades.

The contract carries a five-year term.

The financial terms were not released, though Cokal officials said the deal will be funded by a US$20 million debt facility and coal sales.

BBM, a high-quality metallurgical coal project with a mining lease of 14,980 hectares, is the most advanced of Cokal’s properties. The Australian company is endeavouring to commence development of BBM in an expedited timeframe and is working with Harmoni on the necessary operation and logistical matters.

TVI Pacific has reported that its work at the Balabag gold and silver project in Samboanga del Sur, Philippines continues with the focus to ensure that the process plant is prepared for a power-on and load test by the end of March.

The Canadian-based mining operator said procurement of major equipment is now 98% complete with the elution/strip solution heater and heat exchanger being the last remaining major plant equipment that is currently in transit from Australia.

Ongoing works include completion of the Assay and Met Lab where installation of the assay air compressor and its piping is ongoing as well as fabrication of the Met Lab dust collector, and completion of the helipad that will be used to transport gold doré bars once the plant moves into operation.

Critical remaining works include completion of Stage 1 of the Tailings Storage Facility where stripping and removal of waste materials and the placement, spreading and compaction of numerous layers is continuing.

“We believe the Balabag Mine will align perfectly with the current asset base of TVIRD and our strategy for growth,” said Cliff James, chairman and CEO of TVI Pacific and chairman of TVI Resource Development Phils., Inc. (TVIRD).

“We are also very excited about the timing of this project, as gold and silver prices remain attractive. There is significant opportunity for value creation as Balabag is being delivered into a robust gold market and opportunity for further growth exists with the initiation of more exploration,” he said.

Balabag is owned 100% by TVIRD, a Philippines corporation in which TVI Pacific holds a 30.66% interest.

Asia-Pacific-focused TVI Pacific also holds a 14.4 % equity interest in Mindoro Resources and a 100% investment in shares of TG World.