Report reveals how technology challenges can be overcome to reduce mining waste. 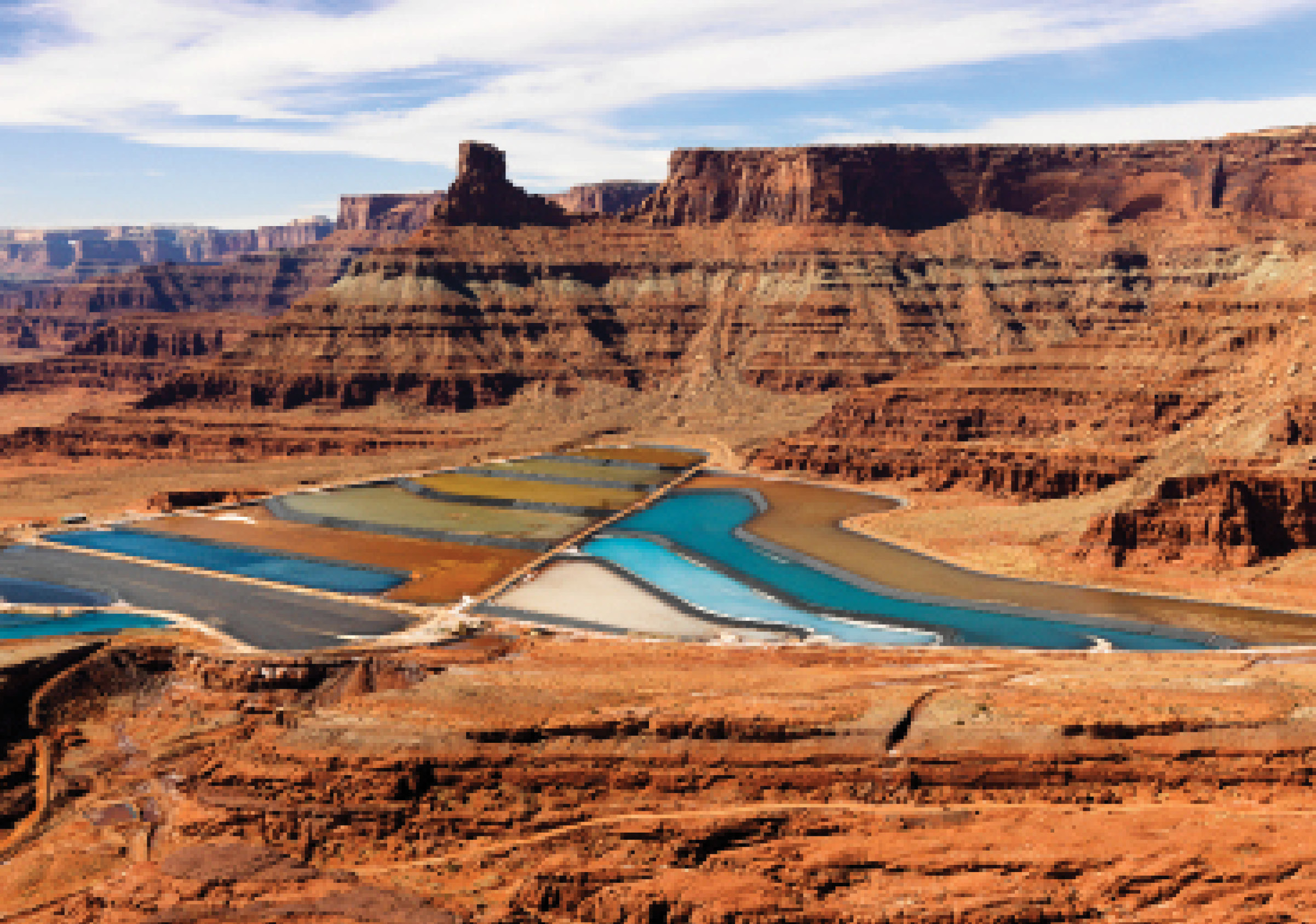 Australia has near-commercial technologies that can reduce mining waste or tailings – by up to 30%. In a newly released report (hatch.com/Hatch-Tailings-Report), a mining and metals expert has identified three technologies – ore sorting, in-situ mining, and preferential fracturing – where the potential exists to make great strides in tailings reduction in the mining of copper, gold, nickel, iron ore, coal and bauxite. He has outlined how those technologies can reach their full potential in waste minimisation.

Jan Kwak is managing director of Australia and Asia at Hatch – a global engineering consultancy that delivers engineering, operational and development projects in the metals, energy and infrastructure industries. Over the last 25 years at Hatch, Kwak has managed every aspect of the design, construction, commissioning and operation of large-scale mines. He is the chair of Green Hydrogen Consortium, which seeks to investigate the use of green hydrogen to accelerate decarbonisati on in the mining sector, is currently overseeing the Sun Cable Australia-Asia Power Link solar energy project and oversaw the responsible closure of Rio Tinto’s Gove refinery and Energy Resources of Australia’s Ranger mine.

Kwak said, “Mining waste will be an issue in the next 30 years, as the mining of minerals such as lithium, cobalt, nickel and copper increases to provide components for renewable energy hardware. Hatch used a Technology Readiness Level (TRL) ranking system to measure the maturity of technologies, grading them zero (idea stage) to nine (commercial application). “All technologies at TRL 6 or above can be implemented to some degree. While technologies such as advanced geometallurgy have proven commercial applications, implementing other technologies provides challenges.”

The biggest challenge for ore sorting is finding a solution for in-pit implementation. Mining operations are dynamic, the geology is variable, the machinery needs to be moved around, and loading the material onto trucks and transporting it to be sorted elsewhere contributes to mining emissions.

Kwak said, “In-pit implementation will require advancements in sensor technologies and instrumentation, particularly sensor accuracy and speed advancements to allow for increased throughput. Another challenge is adapting the mining environment to allow operation and maintenance of very sensitive instrumentation.”

In-situ mining recovers minerals from ore that is left in the ground by dissolving them and pumping the solution to the surface. Development efforts are required for hard rock applications, and Hatch recommends research should focus on improved hard rock fracturing technologies and methodologies such as wireless initiation, automated drilling, pulse fragmentation, and explosive charging systems.

“This is due to high costs associated with hard-rock drilling and a lack of tools and technologies to understand the host rock and artificially fracture it to improve contact between lixiviants (the fluid used to selectively extract the desired metal from the ore or mineral) and ore minerals. This is leading to low recoveries with current lixiviant systems, and a risk of losing fluid containment of lixiviant to surrounding environments,” said Kwak.

There are also multiple challenges with implementing this technology, including creating permeability in the ore, reagent selection (reagents are the chemicals used to separate the desired minerals from other minerals), reagent consumption, drilling requirements, mass transfer limitations and recovery.

“Another challenge is that frontier technologies have undeveloped legislation and permitting requirements,” said Kwak.

Another key break through to reduce tailings is the development of preferential fracturing technologies. Kwak said that “the better we can control the process of fracturing the rock at the very beginning of the mining process, the better chance we have of being able to separate the material we want from the material we want to leave in place.” There are promising technologies emerging for fracturing preferentially, as well as development of sensors to guide mining machines for hard rock applications that need to be overcome.

1. Copper. For copper, the potential tailings reduction is highest with bulk ore sorting technologies, followed by in-situ mining (zero tailings generation) and fragmentation (grade and recovery improvement). Fragmentation involves blasting the rock containing the minerals to small particles in order to make the process of extraction and separation easier and more efficient. As the world’s high grade copper deposits deplete, the CSIRO found that to produce a pound of copper today generates over 60% more tailings waste than it did 20 years ago. By using techniques such as grade engineering and selective ore pre-sorting technology, high value ore can be identified and separated from waste in real time.

2. Gold. In-situ mining and fragmentation technologies were found to be the most effective methods for tailings reduction in gold mining.

3. Iron ore. The technology impact in reducing iron ore tailings has been lower, because the technologies that provide the greater tailings impact are only effective for magnetite, which comprises just 5% of total iron ore production. Research is required to find better ways to upgrade iron ore.

5. Coal and bauxite. In relation to bulk materials, such as coal and bauxite, bulk ore sorting and continuous mining machines technologies present a higher impact in tailings reduction. A large potential for reduction of tailings exists in coal mining, due to the high ratio between processed and produced coal. Advanced geometallurgy and sensor technologies were not shown to have a big impact, but they are important and can be enablers for precision mining and grade engineering solutions. Sensors and software have variable maturity levels across the commodities.

ATLAS OF AUSTRALIAN MINE WASTE PUTS SECONDARY PROSPECTIVITY ON THE MAP

In other tailings news, Geoscience Australia has teamed up with The University of Queensland, RMIT University and the Geological Survey of Queensland to develop an Atlas of Australian Mine Waste, highlighting new opportunities to recover valuable minerals – a concept known as secondary prospectivity.

This new Atlas from the Australian Government’s $225 million Exploring for the Future program will, for the first time, create a national database of mine waste sites across the country and the minerals that could potentially be present.

The team will also create a methodology to assess if recovering any of these minerals is economically viable. This methodology will then be incorporated into Geoscience Australia’s Economic Fairways tool, helping to inform investment decisions from the Australian resources sector.

Maximising the secondary prospectivity potential from existing mines also presents a new opportunity for mining companies seeking to improve the sustainability and social licence of their operations, Heap added.

“Critical minerals such as cobalt and platinum group elements can be recovered as by-products from processing the ores of major commodities like copper and nickel,” Heap said.

“Geoscience Australia’s scientists will partner with experts at The University of Queensland, RMIT University and the Geological Survey of Queensland to build the Atlas of Australian Mine Waste to highlight these opportunities on a national scale.

“This will further Australia’s reputation as a world-leading supplier of critical minerals, while ensuring the country retains its best-practice environmental, social and governance credentials.”

The Atlas will build on an approach pioneered by The University of Queensland and the Geological Survey of Queensland’s Secondary Prospectivity Project, which identifies sites for mine waste recycling across Queensland.

“This project originally focused on the potential for cobalt in copper tailings in the Mount Isa area, before our investigations widened to tailings dams and mine storage facilities throughout Queensland,” Geological Survey of Queensland Director of Minerals Geoscience Dr. Helen Degeling said.

“We are delighted that this concept will now be applied across the country to help meet the growing global demand for new economy metals in a more sustainable way.”

The University of Queensland’s Associate Professor Anita Parbhakar-Fox said reprocessing mine tailings could make more financial and environmental sense than other mine rehabilitation options, particularly in the pursuit of critical metals.

“Based on some of our field investigations, we have demonstrated that you could turn waste into a gold mine, literally,” Parbhakar-Fox said.

This activity will also incorporate the world-leading expertise within the research team at RMIT, led by Associate Professor Gavin Mudd.

“Assessing how mine waste could be reprocessed to generate a potentially large new resource stream is one of the best ways of creating a sustainable supply chain, especially for critical minerals,” Mudd said.

“The reprocessing of mine waste can also support further remediation of historic mines to modern standards, which is a great outcome for Australian communities and the environment.”

As mining increases in response to the demand for metals critical to the clean energy transition, so too will the production of mine tailings – the waste left after extracting minerals from ore, which includes crushed rock and fine particles in water. To ensure a clean transition to renewable energy, Hatch conducted an in-depth analysis to identify the solutions to reduce these tailings.

As part of this analysis, Hatch estimated the global tailings production of six key commodities: copper, gold, nickel, iron ore, coal and bauxite between 2010 and 2018.

The analysis also revealed that thermal coal produces 88% of coal tailings compared with 11% of metallurgical coal and less than 1% of pulverized coal injection (PCI). Identifying how tailings are produced is critical to establishing the right solutions to reduce and eliminate them. In the example below for copper mining, we can see that 90% of global copper mining is by open pit mining. For the global copper production of 17.1 mt an enormous 4,254 mt of waste is produced. Of the waste produced, that vast majority comes from open pit mining because it is a generally less selective mining method.