Topping off Metro Mining’s expansion strategy to have the capacity to load larger Capesize vessels from its Bauxite Hills operation, the Brisbane-based miner confirmed it has added a floating crane barge at the site in a new partnership with Transport Services Australia (TSA). 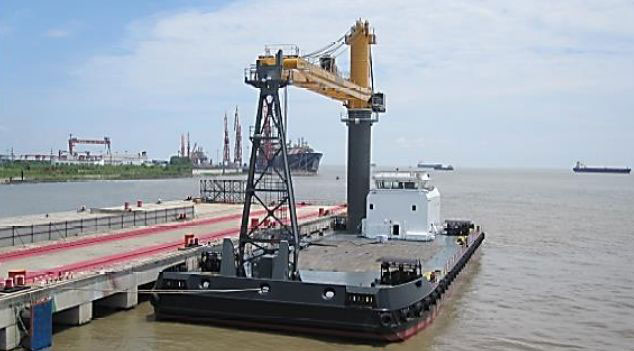 The company said its goal with the additional barge is to reduce its unit delivered costs with larger load abilities, as it is currently facing the headwinds of potential rising ocean freight rates. In fact, during the second quarter, its average freight rate with Ultramax vessels was US$24 per wet metric tonne (WMT), versus Capesize rates that could have been about $12-$14 per WMT.

“The floating crane barge, which has been newly built and commissioned, has a projected capacity of approximately 4 million WMT for the Bauxite Hills Mine operating season and conditions,” Metro officials said.

“The floating crane barge will be purchased by TSA and will be included in their marine fleet that services the Bauxite Hills mine. Metro’s expansion strategy to move to an annual production of 6 million tonnes and have the capability to load Capesize vessels remains unchanged.”

The barge is expected to be operational in the fourth quarter.