BME has confirmed it is rolling out its AXXIS Titanium electronic detonation system to its large mining customers in Australia. 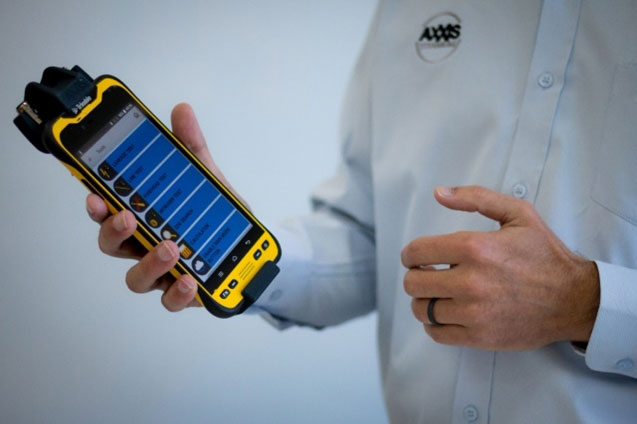 According to general manager Brad Bulow, the AXXIS system has already had acceptance in Australia, where customers have used it to achieve record-breaking blasts.

What makes AXXIS Titanium as a significant advance in its line-up, he said, is that it is a release that “raises the bar” in electronic delay detonator (EDD) design, and globally for the electronic detonator market.

“This flagship product reflects our continued focus on digital advancement on mines, and is designed to seamlessly integrate with BME’s software systems and hand-held digital tools,” Bulow added.

Another advantage: flexibility and accuracy of firing times that AXXIS Titanium brings, allowing mines to program blasts of up to 35 seconds in duration. This longer delay window creates valuable opportunities for mines to conduct three-seam blasting.

“The system further enhances safety, with its unique use of dual capacitors for conducting low voltage logging to avoid any chance of unplanned detonation,” Bulow said. “The encrypted blast command ensures that detonators respond only to the correct, encrypted firing sequence from the blasting equipment, not from any other source.”

Titanium succeeds AXXIS GII, its previous generation, and that product had the capability to potentially double the number of electronic detonators that can be initiated in a single blast. AXXIS Titanium, conversely, can manage 1,000 detonators per blasting box, and 20 blasting boxes can be linked and synchronised – delivering blast sizes of up to 20,000 electronic detonators, according to BME.

Ease of use has always been an important feature of the AXXIS system, said Tom Dermody, technical services manager at BME Australia-Asia, a factor that is even further enhanced in the latest model.

“On-bench logging is among the key benefits of AXXIS Titanium, with one-step logging and testing of detonators, as well as the simple fault-finding and quick corrections on the blast pattern,” he said, noting that BME performs online and on-site customer training.

“The simplicity of our system, combined with the mining industry’s growing familiarity with electronic detonation, means that we can split the training between virtual sessions online and practical sessions on the bench.”

AXXIS Silver has also been released, which has features directed at the small to mid-size hard rock operations, including quarries. It is ideal for customers who do not need large blast capability, but still want the same microchip, safety features and ease of use as AXXIS Titanium.

BME is part of the Omnia Group.