With the International Mining and Resources Conference (IMARC) wrapping up successfully for 2022, the group has announced where it is headed for next year’s event: the Sydney International Convention Center in New South Wales, Australia. 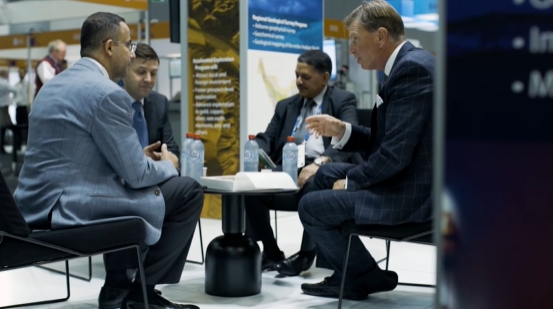 IMARC, along with its 7,500 delegates from more than 110 countries, will convene from 31 October - 2 November. Organizers said it is expected to be the biggest IMARC ever with record delegates, speakers, exhibitors and sponsors and an even bigger footprint.

IMARC Managing Director Anita Richards said the mining industry continued to face greater scrutiny, investor demands and environmental challenges than ever, while the world’s appetite for resources continued to grow.

“Mining has never been more essential. A decarbonised global economy depends on it, and as a truly global event, IMARC is all about bringing together industry, government, and community leaders from all over the world to lead the conversations the world needs for a clean energy future,” Richards explained.

“We are proud to be able to continue to facilitate the important conversation about the future of mining right in the heart of Australia’s global city.”

It will be NSW’s first time hosting the event.

IMARC is developed in collaboration with founding partners the Victorian State Government of Australia, Austmine, the Australasian Institute of Mining and Metallurgy (AusIMM) and Mines and Money.