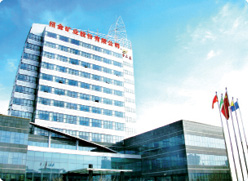 To better cope with challenging conditions, Zhaojin is focusing on cost reductions and increased efficiencies with these measures enabling it to effectively control integrated costs. The measures have been implemented in project development, material procurement, construction work and geological exploration.

In a half year report company chairman Weng Zhanbin said more than 100 million RMB was saved accumulatively in terms of capital expenditure. The group’s integrated cost of gold was approximately RMB135.21 per gram, positioning it at the low-end of the industry.

“As for infrastructure and technology reform, the group completed a total investment of RMB278 million. Key projects were carried out smoothly and according to schedule such as the demonstrative base for integrated utilization of gold resources in Shandong Province and gold extraction project with smelting and chlorinating in Gansu.

“The group implemented prudent and stable investment strategies. In the first half year, 18 exploration projects and 11 exploitation projects were accumulatively examined. In particular, the successful merger and acquisition of Haiyu Gold Mine project in Laizhou achieved a substantial breakthrough in exploration and increase in reserves. Currently, Haiyu resources have reached more than 470 tonnes and it is set to become a unique and large-scale mine.”

Weng Zhanbin said, “To cope with gold market challenges, the group will continue to optimize resources and further enhance its integrated strength to lay a solid foundation for long-term development. In the second half of 2015 the group will strengthen its efforts in production organization, key projects, cost reduction and efficiency enhancement, and reserve replenishment by mine exploration to accomplish and exceed the target.

“The group strives to become the leading gold mining company in China and worldwide, to bring satisfactory returns to shareholders and create more values for society.”