Myanmar Metals has completed a scoping study for the first open pit at its Bawdwin Project in Myanmar, targeting the indicated mineral resources of the China Lode. 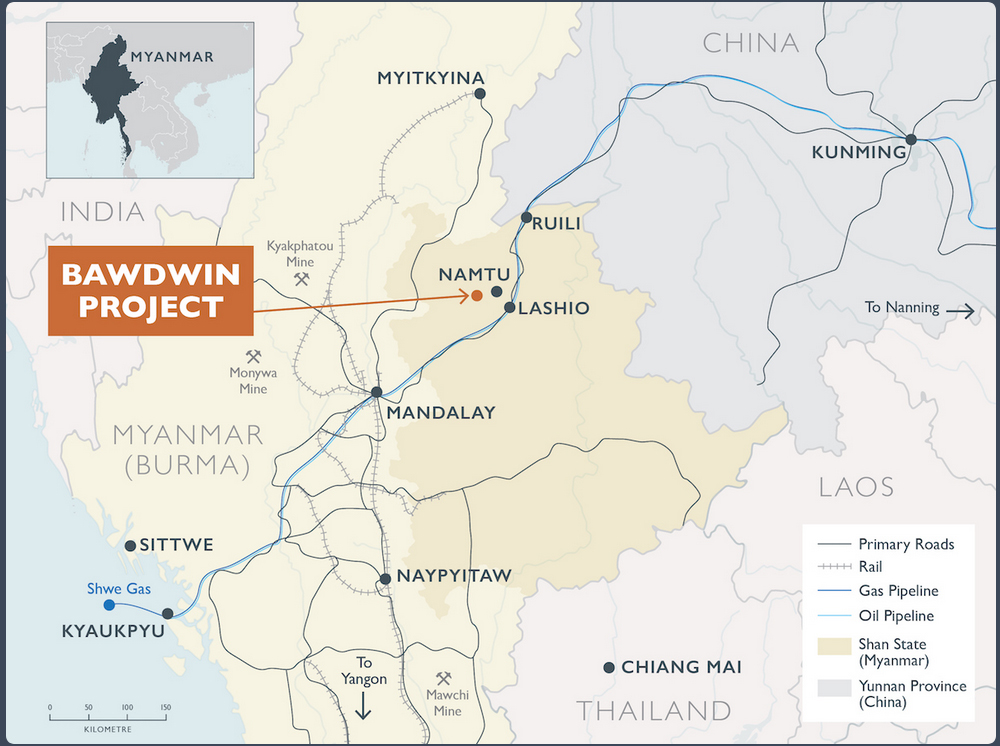 The China Pit Scoping Study was prepared by CSA Global (CSA) with input from Myanmar Metals and industry consultants. The scoping study demonstrates a technically and financially viable project based on assumptions adopted for the purpose of this study.

The China Pit does not include 60.9Mt of declared inferred resources from the China Lode (outside the pit shell) and from the Shan and Meingtha Lodes. Myanmar Metals notes that all three currently defined lodes are open at depth and along strike and are the subject of current and planned drilling programs. Over 100 years of documented mining (both underground and open pit) of the Bawdwin mineralisation provides a good understanding of the geometry and continuity of the mineralised lodes.

The company and its partners are now firmly focused on delivering the China Pit as a first stage, allowing early access to the Shan and Meingtha lodes from underground as well as open pit extensions from China Pit. Geotechnical and resource drilling is underway, metallurgical testwork will re-start shortly and an infrastructure and logistics study will commence thereafter.

Myanmar Metals Executive Chairman and CEO John Lamb commented that the China Pit was the opening move in bringing the Bawdwin polymetallic province back into production.

“We believe the China Pit will be the first of at least three pits on the Bawdwin Concession, followed by a long-life underground mining operation.

“Economic estimates from the China Pit Scoping Study are underpinned by 21Mt of mineable material, representing only 26 per cent of total project resources.”

According to the company report, the role of a starter pit is to provide an early cashflow to fund life-of-mine infrastructure and the development of a pipeline of future mines.

The PFS will provide estimates with a higher level of confidence and allow a JORC-2012 Ore Reserve to be declared at Bawdwin for the first time.