Prodigy Gold has confirmed that Newcrest will fund up to AUD$12 million over seven years to ultimately earn up to a 75 per cent interest in the Euro JV Project. 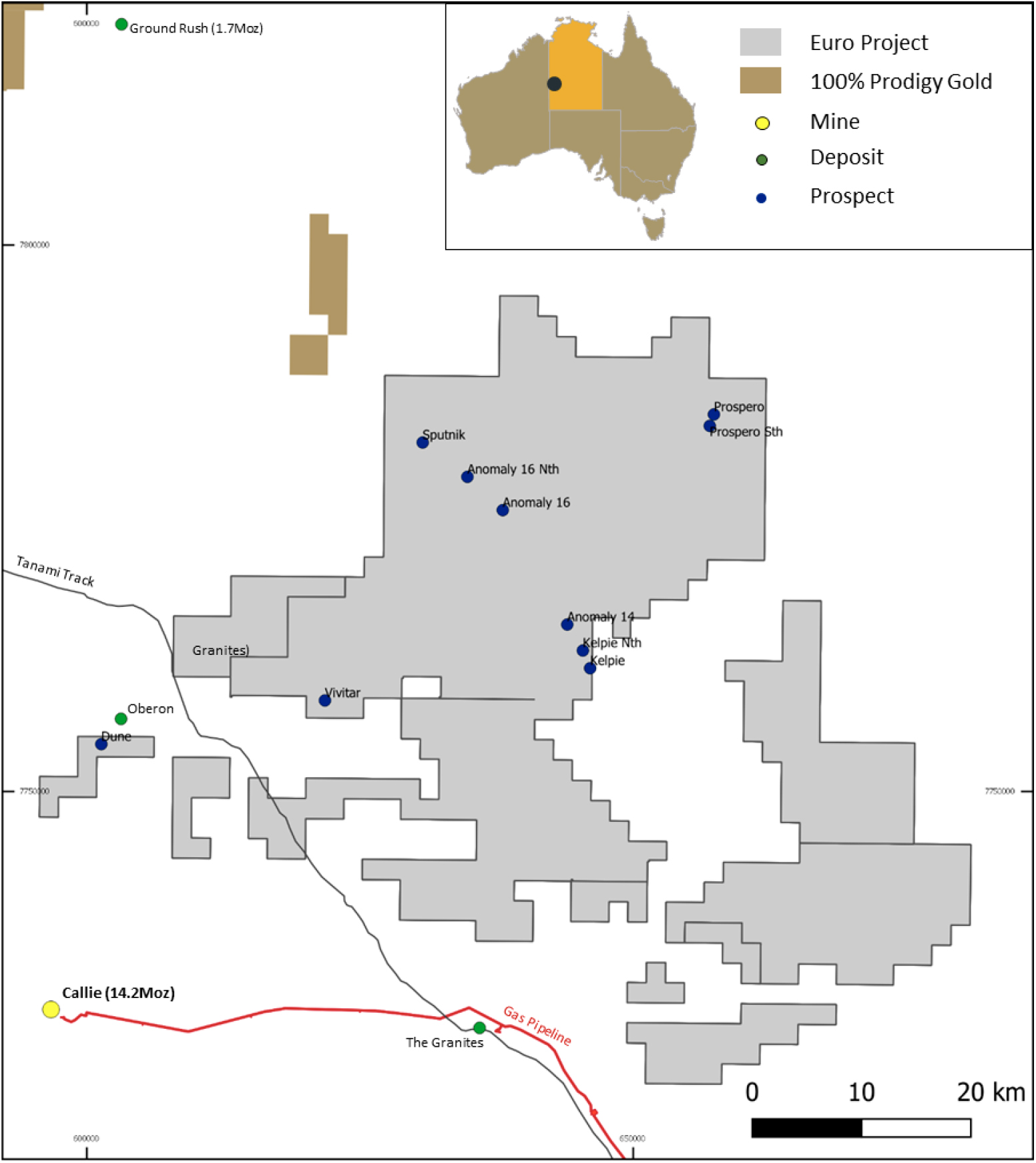 The project area hosts key targets along strike or parallel to the Trans-Tanami Trend which have seen limited or no previous exploration.

Prodigy Gold Managing Director Matt Briggs confirmed that drilling commenced in April, testing four targets at the Euro project, with all samples currently at the laboratory with final results for the Dune Targets expected before the end of July 2019. Results have returned for drilling into the IP geophysical anomaly at Vivitar and no further work is currently planned on this target.

“We have received data from the extensive Tanami airborne magnetic survey undertaken by the NTGS,” said Mr Briggs.

“The next phase of work will shift to the testing of large-scale geochemical anomalies overlying anomalously magnetic rocks in the north and east of the project area.

“The initial aircore drilling campaign on our 100 per cent owned Bluebush Project has recently been completed and drilling also continues on the Lake Mackay JV with IGO.”

The Euro JV Project covers approximately 3,478 square kilometres of exploration licences and applications in the Tanami Region of the Northern Territory. The project is along strike of, or contains structures parallel to, the Trans-Tanami Trend which is the regional control of major gold deposits in the area, including Newmont Mining’s Callie Gold Mine and Oberon Deposit. Previous exploration has primarily been soil sampling and patchy reconnaissance drilling with 10 of the 17 tenements in the Euro JV Project having no drilling in the last 20 years. Prodigy Gold is currently operating the exploration project.