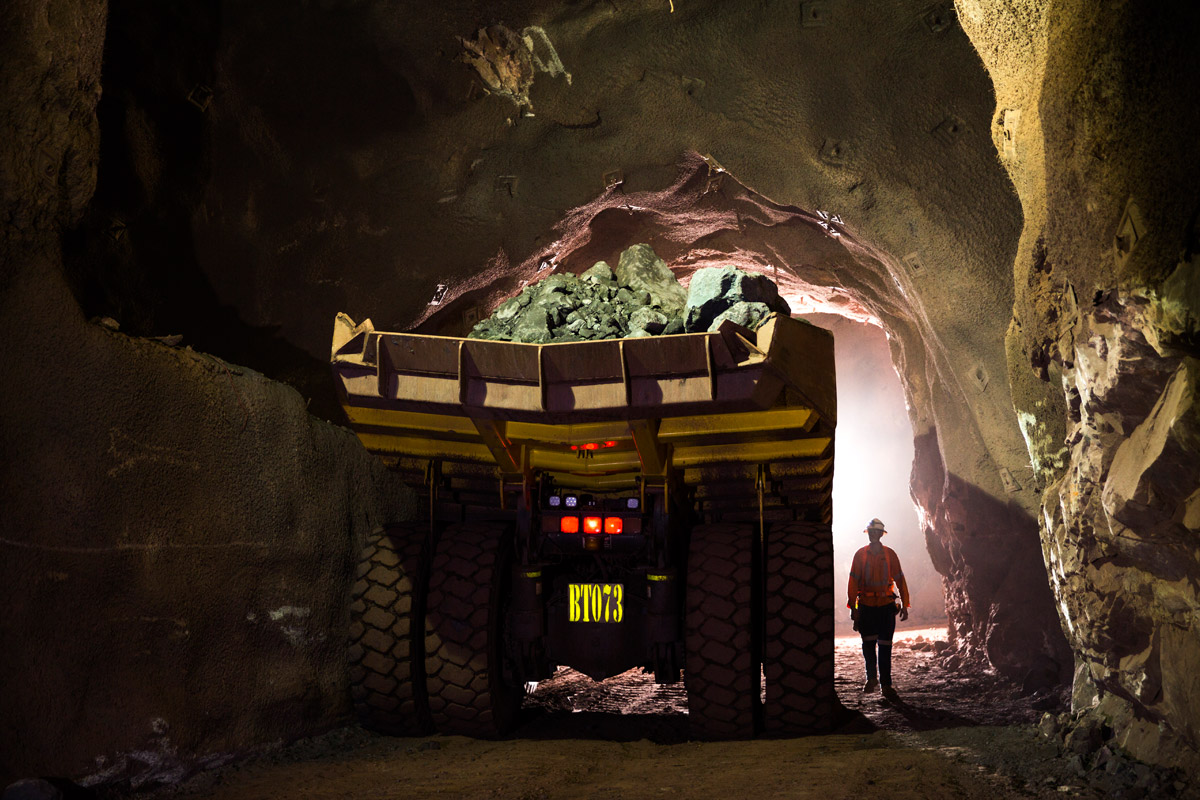 OZ Minerals Chief Executive Andrew Cole said that the Company’s solid cash generation continued through the start of the year, but profit was impacted by lower revenue given shipment timing aligned to first half market dynamics and additional growth investment.

“Pleasingly, we have already seen revenue rebound strongly in the second half and all 2019 production tonnes are committed,” said Mr Cole.

“Our cash balance combined with a solid operating performance from Prominent Hill has allowed us to implement our growth strategy and transition to multiple operations whilst consistently rewarding shareholders. With strong ongoing cash generation expected and materially higher sales scheduled in the second half of the year, the Board has declared a fully franked interim dividend of 8 cents per share.”

OZ Minerals reported significant progress at Carrapateena with above ground construction nearing completion and over 100,000 tonnes of development ore stockpiled. The project is expected to deliver first saleable concentrate in November 2019 for a capital cost of AU$920 million to AU$950 million, with 2019 Growth Capital Expenditure of AU$540 million to AU$570 million continuing to track to guidance.

“The review of our Brazilian assets, including updated Mineral Resource and Ore Reserve statements, was completed last month, with a low risk, modest capital processing hub strategy developed to realise value in the Carajás and Gurupi provinces” said Mr Cole.

Exploration is an important element of OZ Minerals growth strategy, with the Company’s pipeline growing with earn-in agreements established in the Carrapateena province and Sweden, as well as a dedicated joint venture established to progress the Jericho project in Queensland.

“The outlook for revenue is positive, with 2019 production tonnes committed for the remainder of the year and smelter demand rebounding strongly in the second half. Underground production rates at Prominent Hill continue to improve and C1 costs are currently expected to finish the year at the lower end of guidance. At Prominent Hill we will receive the full results of the gold ore trials and the haulage feasibility study, which supports potential future expansion,” continued Mr Cole.

“First saleable concentrate will be produced at Carrapateena in November, ahead of a circa 18-month ramp up to full production. The Carrapateena expansion pre-feasibility study will continue to progress together with the wider province scoping study. As the Carrapateena build nears completion, final scheduling will result in 2019 guided metal production being generated primarily from pre-production ore, and as such, we have removed AISC and C1 cost guidance for this year given those costs will be recognised in capital.

“Feasibility study work will continue at Pedra Branca in the Carajás and we expect to be in a position to consider whether to initiate early works on the project shortly. Near mine exploration will also continue at Antas as part of the processing hub strategy. Activities at CentroGold in the Gurupi Province will focus on permitting and village relocation planning with the feasibility study and further regional exploration to begin following removal of the injunction.

OZ Minerals confirmed that funding for further studies and drilling was being approved, primarily for the continuation of the West Musgrave pre-feasibility study. As a result, annual guidance for “Project studies and drilling commitments to next stage gate” has been increased to AU$90 million to AU$95 million.

If the Board approves early works at Pedra Branca and other minor activities during the second half, expected project expenditure for the full year may increase up to AU$120 million. It is expected that approximately 60 per cent of project studies and associated drilling expenditure will be expensed in the current year.

“Consistent with our capital management strategy, cash resources have been applied to the development of Carrapateena and capital requirements at Prominent Hill. We expect to see our cash reserves continue to deplete as we complete the development of Carrapateena. We allocate capital carefully to our growth pipeline and see opportunities for bespoke funding approaches, together with operating cashflows, and are comfortable taking on a level of debt when it makes sense to do so within our stated risk profile.”