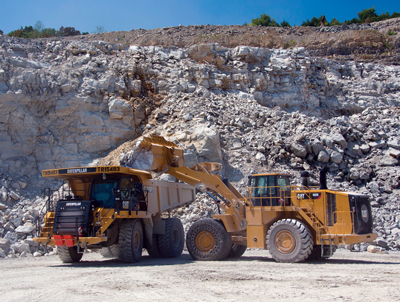 By Kathryn Edwards, The ASIA Miner

AUSTRALIAN mining productivity in relation to the actual output of mining equipment on site is down, and in many cases more than its peers, according to Dr Graham Lumley, PricewaterhouseCoopers (PwC) Mining Intelligence and Benchmarking director.

Graham Lumley presented his research into performance trends and international comparisons in mining productivity at this year’s International Mining and Resources Conference in Melbourne. Although his research showed a long-term increase in the aggregate output of the Australian mining industry – rising by 4.2% on average – the output does not follow the increase in investment in capacity at 17%.

“You can see this incredible investment in capacity which hasn’t created a significant increase in output, or not as much of an input in output,” Graham Lumley said. “And so immediately when you see something like that a few red flags start going off, and you start saying, ‘Well, you know what is going on’.”

Graham Lumley said Australia’s biggest challenge was that the country was below most of its peers in terms of mining productivity and mining equipment, only marginally ahead of Africa. “However you see it, it’s something we can’t ignore,” he said. “It’s something we have to take on board as an industry and Australia really does have to turn this around to try and be competitive in the world mining industry.

The research also pointed out how poorly-operated trucks on mine sites are driving up costs. “We’ve got most of our mining companies saying, ‘We’re saving costs, we’ve cut $50 million out’. And yet the productivity of probably the most cost intensive part of the mine site is still going down,” Graham Lumley said. “Now productivity is going to be the driver behind your costs, and yet we’re still seeing the productivity of that driver of costs going down. So I’ve actually coined it ‘cutting costs with a high cost strategy’. The high cost strategy is running your trucks poorly.”