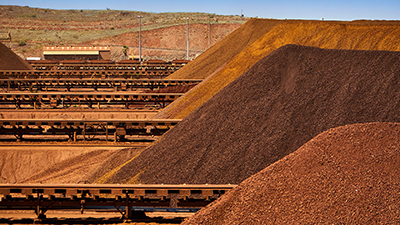 The tonnage travelled from Western Australia’s Pilbara region to Chinese mill facilities. The 200 millionth tonne was mined from the Eastern Range and left Cape Lambert for Majishan, China, on 19 September aboard the Baosteel Li Da.

Rio Tinto also said it shipped its own three billionth tonne of iron ore with a China destination in August – 47 years after making its first delivery from the Pilbara.

“This is a very significant milestone for the joint venture partnership between Rio Tinto and China Baowu in the Pilbara which extends back almost 50 years. Over that time, the strength of our partnership has contributed to the successful growth of both our organisations,” said Rio Tinto Iron Ore acting chief executive Ivan Vella.

Rio Tinto and China Baowu own a respective 54% and 46% of the Bao-HI Ranges joint venture that was initially created in 2002. Outside of its commercial partnership, the joint venture has delivered other benefits.

In 2004, Rio Tinto and China Baowu started a training program whereby a number of China Baowu employees are selected to undertake a training course in Perth each year. The course includes a two-week secondment to a Rio Tinto site in the Pilbara as well as a three-month business English and cultural immersion program. Last year, Rio Tinto, China Baowu and Tsinghua University signed a Memorandum of Understanding to develop and implement new methods to reduce carbon emissions and improve environmental performance across the steel value chain.