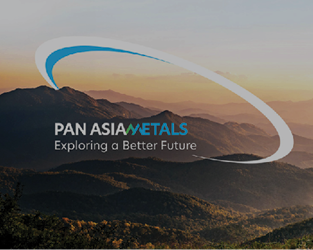 The company received the laboratory assays from the final four holes of a drilling program at the Than Pho West prospect with intercepts including 20.1 metres at 0.74% tungsten trioxide. The results support previous work, confirming wide, high-grade near surface tungsten mineralisation. This brings an end to the Priority One drilling program, which saw the completion of 19 holes for a total of 1,601.5 metres.

“We are pleased to see the final assays for this phase of drilling come through and reinforce previous drilling results and the Exploration Target model,” said Managing Director Paul Lock. “We are particularly pleased with the way the Than Pho West prospect is shaping up, drilling has confirmed a thick, shallow dipping mineralised zone with true widths up 63 [metres] supported by numerous very high grade intersections over good widths.

“In a low cost environment such as SE Asia, and in close proximity to advanced industrial centres, the Khao Soon Tungsten Project is shaping up to be a peer group leader both in grade and size,” Lock concluded.

The Khao Soon project is one of Pan Asia Metals’ key assets and a significant high-grade producer.

The company also said that diamond drilling has intersected near surface tungsten mineralisation with grades over robust widths at the Than Pho West prospect within its Khao Soon Tungsten Project in southern Thailand.

The project is one the company’s key assets and a significant historical high-grade producer. Modern exploration has discovered potentially world-class, district scale tungsten mineralisation across numerous prospects. The current drilling program seeks to test exploration targets with the aim of estimating mineral resources.

The company noted that results are in line with the exploration target. Pan Asia Metals Managing Director Paul Lock said, “… with these grades and geometries [the Than Pho West] prospect is shaping up as an open cut target, and the mineralisation remains open along strike and at depth.”

Results from the spot handheld XRF testing for the final holes of the Phase 1 drilling program include:

Lock said, “Although confirmation by laboratory analysis is pending, the spot hhXRF results are generally in line with or slightly above the grade range expressed in the exploration target. We have more drilling to do and our success to date is highly encouraging.