AMANTA Resources and Japan Oil, Gas and Metals National Corporation (JOGMEC) have agreed to amend the Joint Exploration Agreement (JEA), covering the Luang Namtha project, in northern Laos. The amendment will see JOGMEC convey 10% from its equity interest in the project to Amanta for the sum of $100,000, increasing Amanta’s interest to 57.3%. 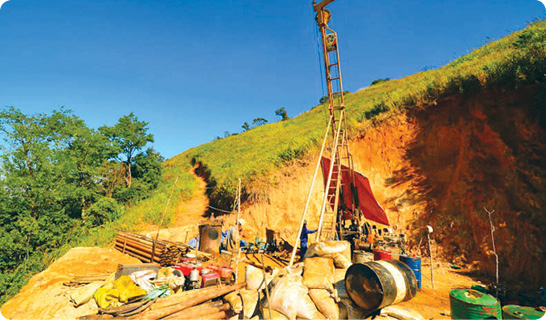 As of May 31, 2013, the parties had contributed approximately $7.85 million to exploration and development programs for the project with JOGMEC holding a 52.7% interest and Amanta 47.3%.

The amended agreement will also see Amanta reassume the role of project operator with the sole right to determine the nature and implementation of all exploration and development programs for the project. Should Amanta fail to complete the optional exploration expenditures, the parties will recalculate their respective participating equity interests and proceed with pro rata funding thereafter. The effective date of the amending agreement was December 2, 2013.

Amanta’s president and CEO Gerry Wright says: “We are pleased that we have been able to reach this amending agreement with JOGMEC, enabling Amanta to regain control of the Luang Namtha project.

“This agreement, together with the Lao government’s approval for a 3-year licence extension, provides the basis for the further development of the demonstrated potential of the project and we shall explore all financing options available to the company for the benefit of shareholders.”

The company announced on October 1, 2013, that it had received notification of the extension to the Foreign Investment Licence for Luang Namtha. In accordance with the country’s laws, Amanta had applied for the extension three months prior to completion of the initial 5-year term and the licence is now effective to June, 2016.

The Luang Namtha exploration licence covers 200sqkm. Exploration to date in the Pakieng area has drill-identified potentially economic occurrences of copper, gold, silver and molybdenum. Elsewhere in the licence area numerous indications of copper/silver mineralization have been mapped and need systematic follow up work as do the scattered occurrences of chalcopyrite mineralized porphyritic diorite.

Amanta is focused on mineral exploration and development in Laos and remains the only Canadian company to be granted a minerals’ concession in the Lao PDR. It is also pursuing additional exploration opportunities in Laos.