AURELIA Metals achieved record quarterly production of 14,184 ounces of gold during the three months ending March 31 at the Hera Gold-Base Metals Project in the Central West of New South Wales. In addition, the company finalised a funding and settlement agreement with Glencore to continue the Hera operations. 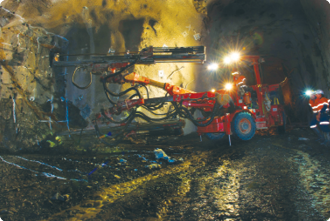 Aurelia achieved consistent improvement in gold recoveries to 81.2% during the quarter and strong base metal recoveries of 92.4% for zinc and 87.6% for lead.

A total of 83,522 tonnes of ore was processed during the quarter grading 6.51 g/t gold, 2.22% lead and 1.8% zinc. Plant utilisation improved to a record 90%, with average processing rates improving through the quarter to 42 tonnes per hour.

The gravity circuit upgrade project was advanced in the quarter with completion and commissioning due during the June quarter. This is expected to result in a meaningful increase in gravity gold recovery as well as total gold recovery.